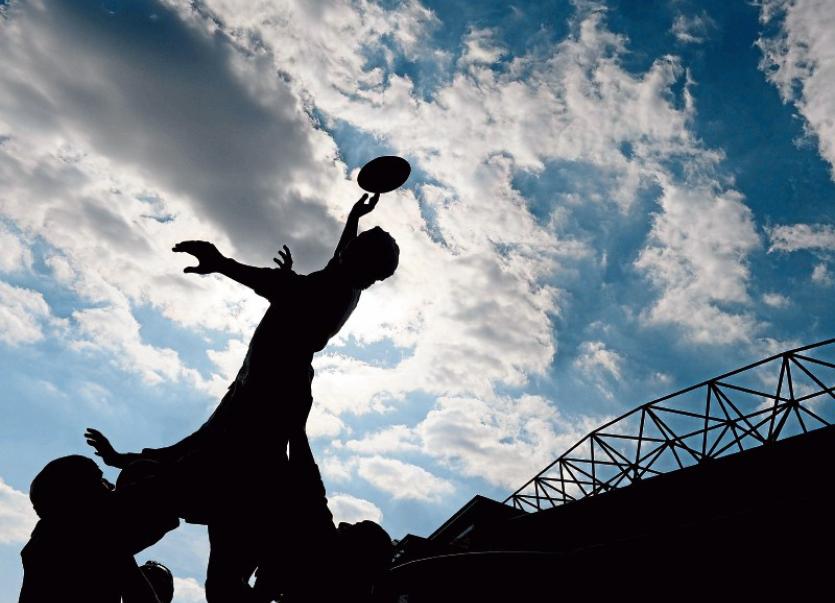 THERE were five Limerick wins on a day of high drama in the Ulster Bank League.

The fixtures were the reverse of last weekend’s fixtures and the final run-out for sides before the Christmas break.

With the Munster A side involved in British and Irish Cup action on Friday night, a number of Limerick clubs in the top divisions were minus the services of some ‘regulars’.

In Division 1A, Garryowen failed to complete a home-and-away double over great rivals Cork Constitution when falling to a heavy 37-11 defeat at Temple Hill.

Con led 16-6 at half-time with the Garryowen points coming courtesy of two penalty goals from the boot of Neil Cronin.

The home side managed four tries in all to secure a bonus point, including a penalty try late.

Garryowen’s only try came courtesy of Lorcan Bourke in the 77th minute.

Garryowen drop to fifth place as a result of this defeat, but the ‘Light Blues’ are just one point off the play-off places.

Meanwhile, Young Munster secured a vital four points in 1A this afternoon with a hard fought 15-5 win over Terenure College at Tom Clifford Park.

The win moved Munsters’ up to sixth place in the table, but still nine points off the play-offs.

Three points from the boot of Shane Airey had the hosts 3-0 up after 15mins, however Terenue were to finish the half stronger as Jake Swaine crossed for an excellent try in the corner.

The second half was all one way traffic however as Gearoid Prendergast's side took the lead after Conor Hayes crossed the white wash after an impressive maul from the home side.

With the scores now at 8-5, the 'Cookies' were to continue their forward dominance as Jack Lyons crossed for a try following another excellent maul.

When Shane Airey knocked over the conversion to make it 15-5 after 65 mins, the result and the much needed four points were never in doubt.

Meanwhile, in Division 1B, Shannon regained top spot, running in seve tries in their 49-19 demolition of Ballynahinch in their top of the table clash at Thomond Park.

Hinch had won the meeting between the sides at Ballymacarn Park seven days earlier 42-15. Some turnaround.

Table toppers Shannon are now four points clear of second-placed Hinch in 1B.

Also in 1B, UL-Bohs had to be satisfied with taking a losing bonus point for the second weekend running from their 13-7 defeat to UCC at the Mardyke.

Relegation-threatened UL-Bohs trailed 13-0 after 20 minutes on Leeside. However, a Harry Fleming try, converted by Michael Mullally, ensured the Red, Red Robins had at leats one point to show for their efforts. They also succeeded in keeping their hosts scoreless for the final hour of the game.

UL-Bohs remain second-from-bottom in the 1B table, two points behind eighth-placed Ballymena and eight ahead of basement side Dolphin who have a game in hand.

In Division 2B, high-flying Old Crescent made it 10 wins from 10 to claim top spot at Christmas thanks to a nail-biting 19-18 away victory over Navan.

The win has moved Crescent 12 points clear of second-placed Rainey Old Boys who do have two games in hand.

A penalty try, awarded inside the final 10 minutes of the game, helped the Rosbrien side secure a precious one-point victory in Navan.

Crescent led 12-3 at half-time with Brendan Guilfoyle scoring an intercept try, which was converted by Ronan McKenna, while Sean Monaghan also touched down just before the break.

Resilient Navan came roaring back with 15 unanswered points, including two tries, to lead 18-12.

However, that late penalty try edged Crescent to victory and helped the Limerick side retain their 100% record heading into the festive break.

In Division 2C, Thomond got back to winning ways when easing past Bective Rangers 18-14 at Liam Fitzgerald Park.

The win has Thomond in second place in the division, three points behind leaders Sligo, heading into the Christmas break.

Thomond led 13-0 at half-time with Ger Finucane crossing for a try, while Evan Cusack added two penalties and a conversion.

A Dean O’Brien try after the restart increased the home side’s lead to 18-0, before Bective hit back with two converted tries to claim a losing bonus point in a nervy finish.

The win has moved Bruff up to fourth place in the table, keeping their hopes of securing a promotion play-off place very much alive.

A second try from Jack O’Grady, converted by his brother David, had the Limerick side 12-9 in front.

Hooker John Hogan struck for a crucial Bruff try to edge the Limerick side clear at 19-9 with O’Grady converting.

Midleton did pick up a losing bonus point with a penalty goal, but Bruff held on for a deserved win.