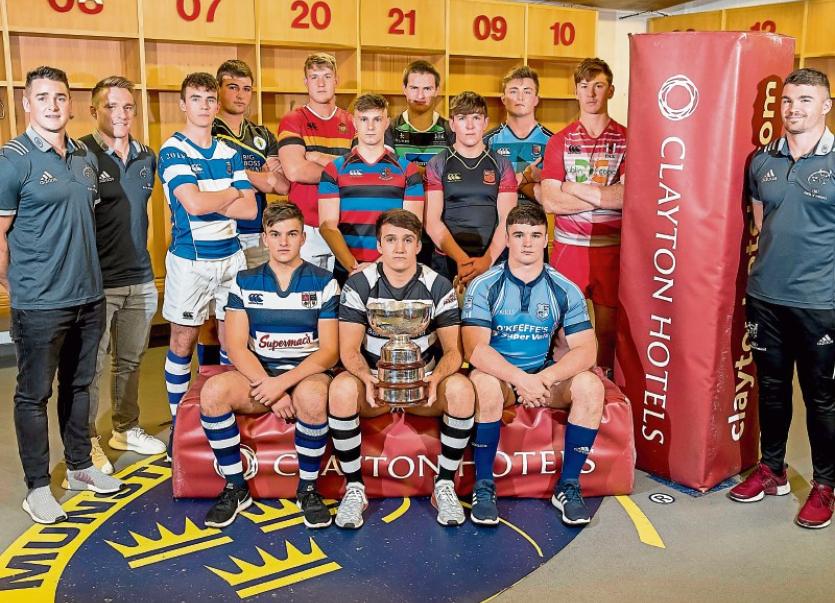 ST Clement’s College reached the first round proper of both the Clayton Hotels Munster Schools Senior and Junior Cups after scoring qualifier wins over Coláiste Pobail Bheanntraí in Cork this Tuesday.

St Clement’s rewards for their two victories in Wilton are first round Cup ties in both the Senior and Junior Cup with city rivals Crescent College Comprehensive in mid-January. The games are set to be played as a double header.

St Clement’s led Coláiste Pobail Bheanntraí 12-0 at half-time in their Senior Cup qualifier. Full-back Evan Barrett and centre James Neville touched down for the Limerick side’s tries in the opening half with out-half John Bateman adding a conversion.

The West Cork side hit back late on with two late tries.

Meanwhile, in the Junior Cup qualifier, St Clement’s had to fight back from a losing position in the second period before sealing a tense 15-10 victory also at PBC’s grounds in Wilton on Tuesday afternoon.

The Limerick side raced into an 8-0 lead against their Bantry opponents through a try from full-back Conor Galvin and a penalty goal from out-half Cian Casey.

However, a second try from Galvin in the left corner two minutes from full-time, converted by Casey, edged the Limerick side to victory.

While St Clement’s can look forward to a first round clash with Crescent College Comprehensive, Coláiste Pobail Bheanntraí will face another Limerick side, Ardscoil Ris in a play-off game to determine the final side to qualify for the first round.