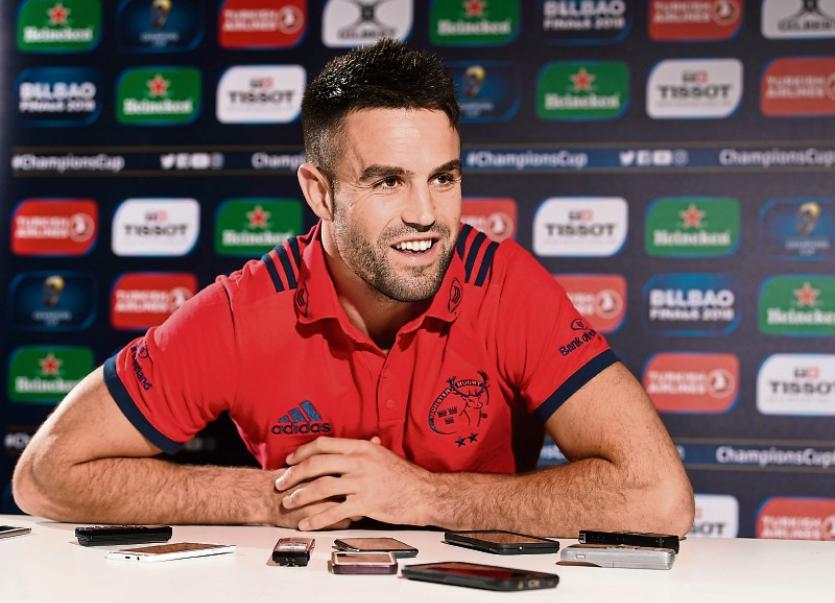 MUNSTER scrum-half Conor Murray is upbeat over the prospects of the province retaining the services of both captain Peter O’Mahony and CJ Stander beyond the end of this season.

Irish internationals O’Mahony and Stander are out of contract this summer and both players are understood to have been made lucrative offers by clubs in France and England.

O’Mahony has indicated that he expects to have his contract situation sorted by the end of the month.

Speaking ahead of Munster’s crucial Champions Cup fixture with old foes Leicester Tigers at Thomond Park this Saturday, 7.45pm, Conor Murray said that he could understand why supporters could have concerns over the possibility of players leaving. Munster are already set to lose one star name for next season as Simon Zebo will depart the province this summer.

”From the supporters point of view, their heart jumps, because they probably don't get to speak to Peter (O’Mahony) or CJ (Stander), or anyone who is up for contract.

"When we (players) hear rumours in the paper we probably know, or we have had a chat to the lads about it and maybe our minds are a little bit more at ease than the supporters, but it is just the time of year.

"Having said that, what has happened with Donnacha Ryan and Zeebs (Simon Zebo), hopefully it all gets sorted because it is probably a bit more of a reality the players that can leave their clubs.

"Hopefully it won't happen with Pete or CJ, I wouldn't think it will. I don't know what their situation is, but they are really part of this club and the vision we have and where we are going with it, so hopefully they all get sorted.”

O’Mahony says the issue of his contract will not distract him from preparing for Saturday evening’s crucial European tie.

O’Mahony said: “What is going on is a business situation, it’s business deals. It’s separate. Your emotion is with the club and getting is right for the weekend, you know what I mean.

“The lads are dealing with it. It’s a different part of my life at the moment.

”I am hoping to get it done by January one way or the other. That is the business side of it done. It’s Leicester for me this week.”

Munster are confident Simon Zebo will be fit to face the Tigers after taking a knock to the ribs against the Ospreys on Saturday.