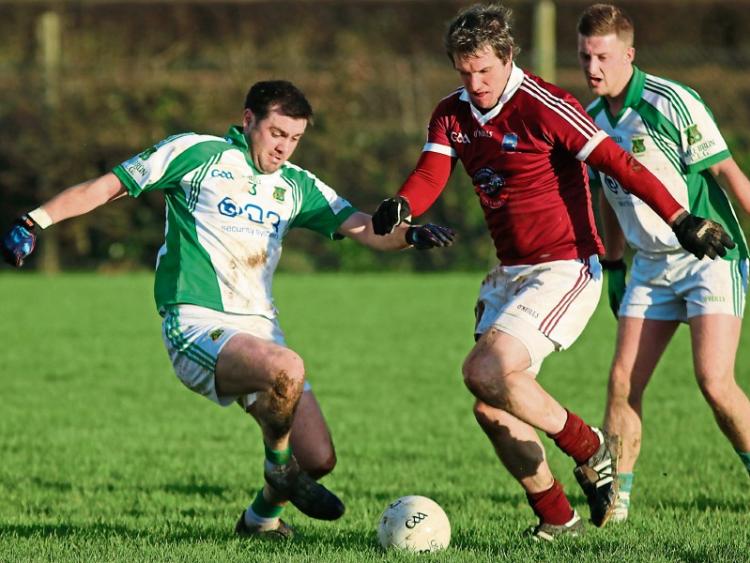 BALLYBROWN’S remarkable junior B football tale this year will add another chapter as the Limerick champions progressed to the Munster final after a nail-biting win over Argideen Rangers of Cork this Sunday, 0-9 to 0-8.

After needing replays to secure wins in the city final, county quarter-final, semi-final and last weekend’s county final against Ballyagran, Ballybrown needed extra time to get over the Rebel County to reach the decider in the Knockaderry-run competition.

Ballybrown entered the half time dressing room level again at 0-5 apiece in a nip and tuck opening stanza.

The Cork men flew out of the blocks scoring the first three points after just five minutes as they moved the ball well in ideal conditions on a mild December afternoon in west Limerick.

James Garvey got the first of four points in a row after super play from Nigel Mann. This was followed up by white flags from David Hall and James Hall, who levelled the game from a free.

The city and county champions then took the lead for the first time when Mike Kiely’s dangerous ball was fisted by Shane Kenny– the ball agonisingly just going over the crossbar.

Two points from Rangers’ wing back Ger Crowley either side of a James Hall effort meant the sides couldn’t be separated at the short whistle.

Ballybrown, under the management of Mike Mann, Trevor Mann and Mike Roberts, got off to a good start in the second half when Garvey kicked a super long range effort to edge the Limerick side ahead 90 seconds after the restart.

The Carbery division side, who have won four titles at this grade in Cork struggled for large portions of the half, but got back on terms when Dowling kicked his second free on 40 minutes.

Scores were hard to come by but mid-way through the half, Mike Kiely, the standout player on the park, gave Ballybrown the advantage. However, less than 60 seconds later, the Cork men were level again, a third Ger Crowley point making it 0-7 each after 47 minutes.

Remarkably, that stayed the score up until the end of the hour. Both teams had guilt-edged chances to win it late on but extra time was required.

With scores like gold dust, David Hall struck a fine effort to give the Limerick champions the lead 90 seconds into extra time. Almost through instinct alone, Argideen Rangers equalised, Eoin Lawton getting a second for the Cork side who used the same 15 players for the full 80 minutes.

With the pitch getting heavy and tension rising by the second Shane Kenny kicked the Limerick men ahead at the end of the first period of extra time.

With tired bodies on both sides, there was no score in the second period of extra time as Ballybrown somehow managed to withstand an onslaught of pressure for the Cork champions.

A historic win gives the city division club a chance to break to the Kerry monopoly of the last decade in the competition as they progress to the final to meet either the Kingdom’s Cromane or Cashel King Cormacs of Tipperary.