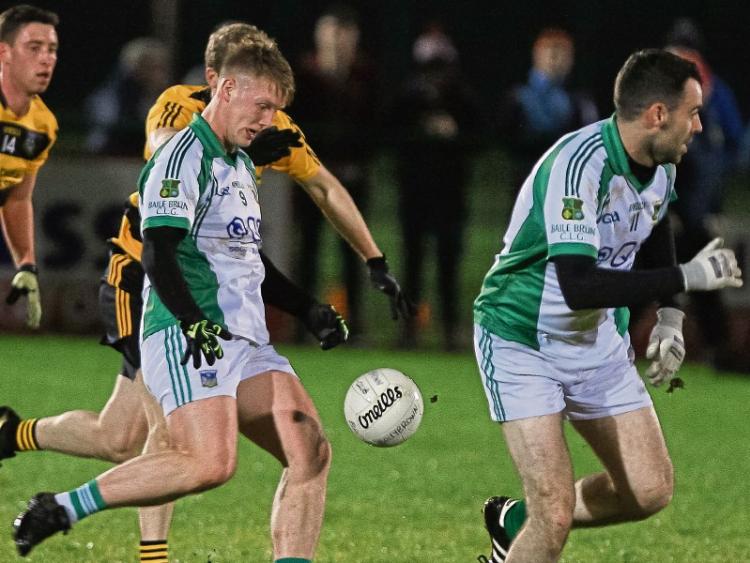 BALLYBROWN play in the Munster Junior B Football Competition this Sunday (2.00) afternoon.

Just eight days after their won their first ever title at this grade this play Cork’s Argideen Rangers in the semi final of the Knockaderry run competition.

The Timoleague based Cork side won their county title all the way back on July 2 when beating Kilbrin in the final. That was their fourth Cork JBFC for the club from the Carbery GAA Division - 1993, 2002, 2008 and 2017.

Ballybrown will be making a first football venture into Munster but did play in the 2012 Munster club IHC - beating Ballincollig before losing to Ballyduff.

Richie and Shane Kenny, James and David Hall, Mikey Kiely, Andrew Cliffe and Bryan Griffin all played five years ago in the Munster club hurling games and are now central to their football efforts.

Managed by Mike Mann, with Mike Roberts and Trevor Mann as selectors, the Clarina man beat Castletown-Ballyagran after a replay to win the Limerick JBFC title, which was added to the league title won earlier in the year.

Ballybrown needed a replay to win the city final, and then in the county quarter final, semi final and final.

This is the 12th year of the provincial competition with the Kerry representatives winning all bar the first season in 2006.

Match entrance is €10, which includes programme and refreshments.