Munster fret on Zebo fitness ahead of crucial Leicester fixtures 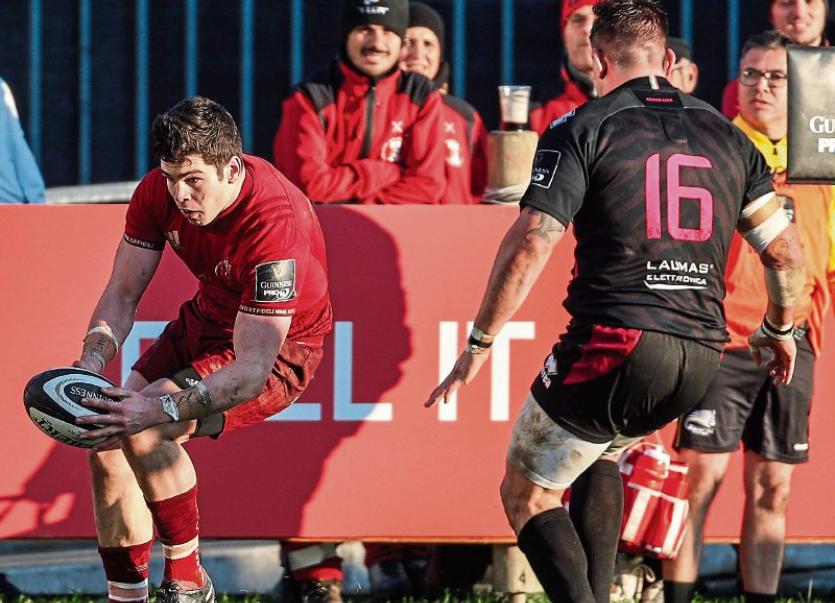 MUNSTER are sweating on the fitness of in-form full-back Simon Zebo ahead of crucial Guinness PRO14 and Champions Cup fixtures.

Zebo was replaced in the second half of Munster’s 36-19 bonus point victory over Zebre in Parma in the Guinness Pro14 on Sunday with a knee injury.

Afterwards Munster assistant coach Jerry Flannery said early indications were that the injury would not prove serious. The medical staff had been assessing it.

Munster will be anxious to have Zebo available for selection as experienced international winger Keith Earls is set to be sidelined for the coming weeks with a hamstring injury.

Munster are due to face the Ospreys in the Guinness PRO14 at Musgrave Park this Saturday, 5.30pm when new head coach Johann van Graan will take full control of the side for the first time.

Van Grann had a watching brief in Italy when Flannery, Felix Jones and video analyst George Murray took charge of the side.

Munster are due to face Leicester Tigers in the first of two back-to-back Champions Cup pool fixtures at Thomond Park on Saturday, December 9 at 7.45pm.