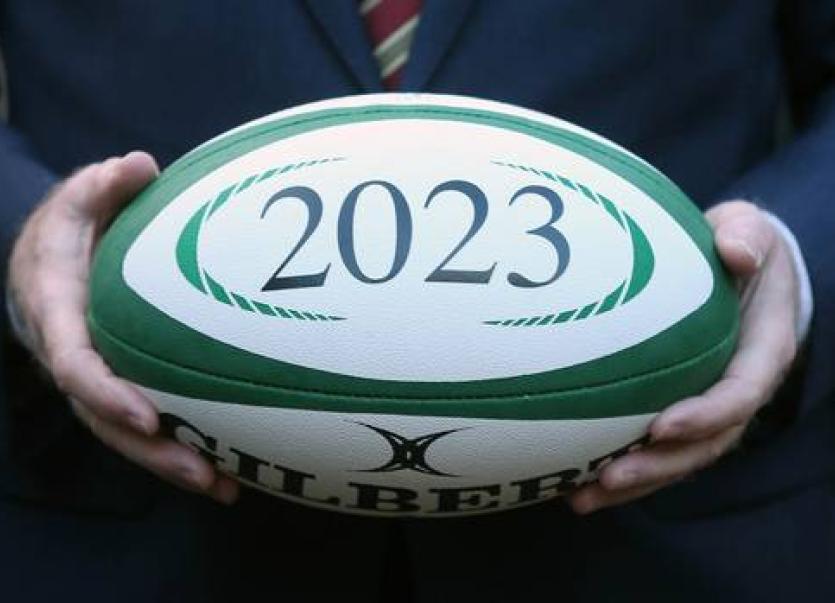 Ireland had bid against France and South Africa

AN Taoiseach Leo Varadkar has given his reaction to Ireland's failed Rugby World Cup bid for 2023.

The Fine Gael leader admitted that even though Ireland lost out this time to France, there "may be other occasions for Ireland to show the world what we are capable of".

Leo Varadkar TD, Taoiseach:
"I am of course deeply disappointed by this result but I wish France the very best in their preparations for Rugby World Cup 2023. World Rugby had a choice of three excellent contenders.

As someone who has been involved in the bid from the beginning, I had hoped that Ireland would be selected. But we were beaten by another excellent candidate and I know that France will host a superb tournament in 2023. I have no regrets about bidding for the tournament and I want to thank everyone who was involved in it.

We should never forget that the technical report found that Ireland would be excellent hosts for Rugby World Cup 2023, and there may be other occasions for Ireland to show the world what we are capable of."

Dick Spring, Chairman, Ireland 2023 Bid Oversight Board:
"We want to congratulate France on their nomination today, by World Rugby, as hosts for the 2023 Rugby World Cup. We wish them every success as they turn their attention to delivering an outstanding tournament.

"Ireland's bid is one of which all involved can be extremely proud. I would like to particularly thank the IRFU, the Irish Government, The Northern Ireland Executive, the members of the 2023 Oversight Board, those who took on ambassadorial roles for the bid, the many state bodies and, indeed, the people of Ireland, all of whom have given such incredible support to this bid.

"It has been richly rewarding to witness, and be inspired by, the fulsome cooperation between the many individuals and groups, North and South, who have given so freely to our common quest.”

Minister for Transport, Tourism and Sport Shane Ross T.D. and Minister of State for Tourism and Sport, Brendan Griffin T.D. today congratulated the winning hosts of the Rugby World Cup 2023, France and thanked all the parties who produced a World Class Bid from Ireland.

Minister Ross said: "I know that the country would like to join me today in congratulating France on winning the bid to host the Rugby World Cup in 2023.

"Though we were not successful this time, it is important to highlight the fact that our bid was acknowledged by the assessors to be world class and that we would be excellent hosts.

"We are, of course, disappointed that we have not been afforded the opportunity this time around to prove what excellent hosts we would be, but I know we can take consolation in the fact that we did everything possible, including putting legislation through the Dail, to make sure that our bid was more than capable of succeeding. Sadly, the day is not ours, however I predict that there will be a lot of Irish people taking holidays in France in 2023.”

Minister Griffin added: "It's a disappointing outcome but it's very heartening to know that we provided a world class bid and that we could do so again. I would like to thank Dick Spring and Brian O'Driscoll along with the team at the IRFU.

I would also like to thank the Government of Northern Ireland, along with our own dedicated Sports Department, who all worked so fantastically hard together on this project.”

David Sterling, Head of Northern Ireland Civil Service:
"I too would like to congratulate France and wish them well for a successful tournament in 2023.

"The Rugby World Cup is such an important sporting event and the benefits of hosting it are substantial.

"We are disappointed today but we can look back with pride at the significant time and collaborative effort which had been put into our bid and which proved that Ireland has the credentials to host a Rugby World Cup.”

Philip Browne, Chief Executive, Irish Rugby Football Union
"I would like to thank all who participated in this process and particularly those who supported Ireland in the vote today.

"For almost six years we have focussed passionately on bringing a Rugby World Cup to Ireland in 2023. In that time we developed a world class proposition which reflected positively on Ireland and saw us formally acknowledged as a destination well capable of hosting a superb Rugby World Cup.

"It is not to be. Our race is now run. Today belongs to France. They have our warmest congratulations and very best wishes for a magnificent Rugby World Cup in 2023.”