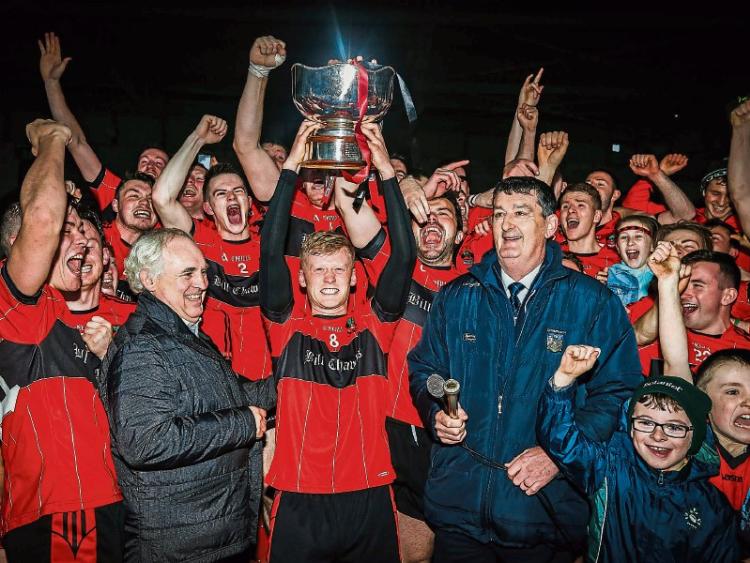 NOT for the first time this season Adare are underdogs this Sunday (2.45) when they travel to Mallow for the Munster club SFC.

The bookies make the 20-time Cork champions the hottest of 1/14 favourites to reach the November 26 final against Dr Crokes or Kilmurry Ibrickane.

Adare are priced at 15/2 to shock Nemo Rangers on Sunday but they will be undeterred.

“Look, as I said to them in the dressing room the other night, ‘one bit of news on Nemo’, and they all looked up, I said, 'Nemo can only use 15 players, the same as Adare!” said Adare manager Harry Gleeson.

“I tend to stay away from talking about the team we are playing. I know you have to respect Nemo. I don’t think a few years ago you would be putting Adare on the same pitch as Nemo Rangers,” outlined Gleeson.

“I think we will go down, put in a performance and do the best we can. Being positive about it, it is going to bring all the lads on, whatever the result.”

He added: “The lads are not afraid which is unreal. They don’t know when to give up, as you saw in the county final”.

Adare will hope to welcome back forward Davey Lyons, who missed the county final win over Newcastle West due to injury. He could replace Neil Mulvihill, who departed for a delayed holiday in Columbia the day after the historic Limerick SFC title win.

Adare are underdogs but to-date that hasn’t been a barrier for this young side.

Another select group they join is reserved for clubs that have played in both the provincial senior club championship in both hurling and football.

Five times Adare have ventured into the Munster club SHC last in 2009 when losing to Newtownshandrum in the semi final.

They join Claughaun as the only other Limerick club to have played in both Munster club senior competitions, although sister clubs Galbally and Garryspillane have also done so.

Andrew O’Connell is the only player likely to see action for Adare that was involved previously with their senior hurlers.

Most of this football team did of course reach the Munster club IFC final in Mallow last November to Kenmare Shamrocks.

Winning is very much a habit and in two years of football championship Adare have pretty much dominated all and therefore their youthful exuberance will carry them along way in Mallow.

But this is clearly a big test.

The Cork city side will have key men in inter-county men Stephen Cronin, Paul Kerrigan and Barry O’Driscoll.

Many in the Adare line-up may not be household names yet but continuing to improve game after game with some sparkling displays in the later stages of the county championship. Connolly brothers David and Mark and Hugh Bourke played Munster U-21 football against Cork back in March.

Adare have shown great composure in recent months and will want nothing less than reaching their potential on Sunday. The Limerick champions are without a win in the last eight Munster club SFC campaigns – the last Limerick win was when Drom-Broadford were crowned Munster champions in 2008 when they beat Nemo Rangers in the semi final.