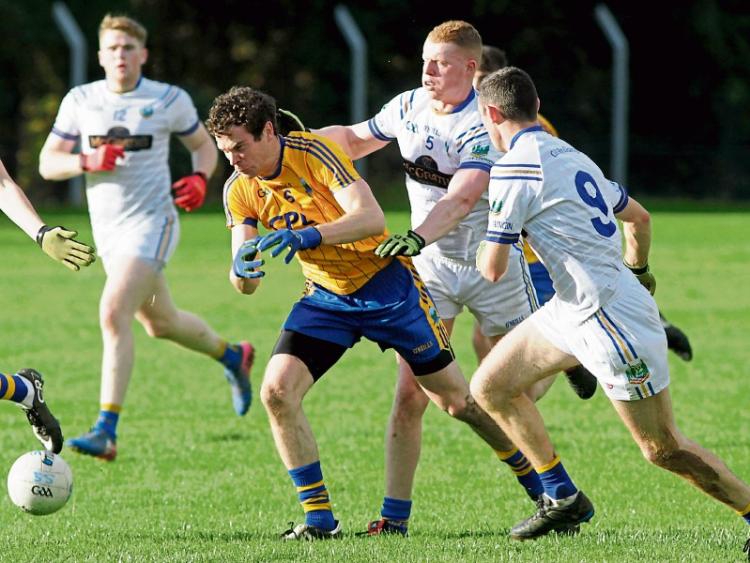 The estuary men play Clare champions Kilmihil in Newcastle West at 2.00 with a provincial final spot up for grabs.

Both St Senans and Kilmihil have previously appeared in the Munster club IFC final – St Senans back in 2003 and Kilmihil in 2008 when they beat Ballysteen enroute to the final.

On Sunday the Limerick champions meet a Kilmihil side that had lost three of the last five Clare IFC finals before ending their promotion wait last month with a victory of Kilrush.

Kilmihil are coached by former Clare defender Dermot Coughlan. Kilmihil are captained by centre back Stan Lineen, who last March played in the All Ireland club SHC final in Croke Park with Ballyea.

Others from that hurling side in the green and gold of the west Clare side on Sunday will be Jack Browne, Padjoe Connolly and Martin O’Leary.

Also in their ranks is Declan Downes, a selector with the Clare senior footballers who knocked Limerick out of the Munster SFC this season.

James Naughton was centre forward in that Limerick team defeated by Clare and will be a key figure for St Senans on Sunday.

Others filling key roles for the Limerick men in blue and gold will be Ian Ryan, James Bridgeman, Seamus McSweeney and Richard Hayes.

Experience comes in the shape of Conor Mullane, Maurice Fitzgerald, Ger Hanlon and Darren Kavanagh for the St Senans side that is managed by Damien Fitzgibbon and coached by Newcastle West’s Shane Kelly.

This Munster semi final will be their ninth championship game of the season and the prize for remaining unbeaten is a November 26 final against Mallow (Cork) or An Ghaeltacht (Kerry).

Adare reached the final of this championship last season, while along with St Senans, Pallasgreen have also been previous finalists.