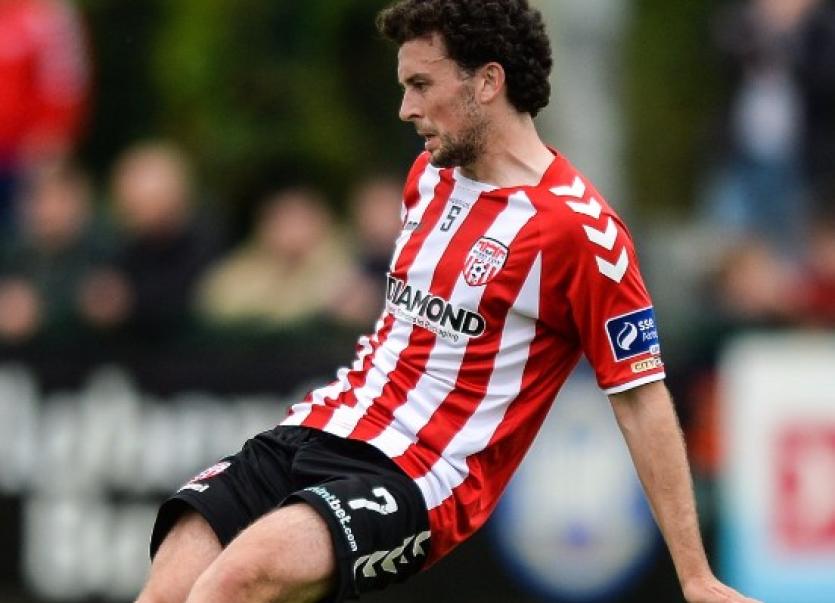 Barry McNamee who has signed for Cork City today

Cork City FC have today announced the signing of Barry McNamee. The former Derry City midfielder had been a transfer target for Limerick FC, but the Super Blues have once more lost out to their Munster rivals Cork.

The midfielder joins the club after playing over 150 league games for Derry City, and speaking to CorkCityFC.ie, he said: “I am thrilled to get it done. It was a tough season at Derry with everything that happened, so I took my time to think about everything, and I decided that this was the right move for me.”

Some weeks ago McNamee was mentioned as a potential signing for the Markets Field side, but unfortunately, it seems that Limerick cannot compete in the transfer market once Cork City are shopping.

“I got ten goals in the league this season, which was my highest return so far and I am hoping to push on again next year. I want to score more and set up more. I want to be part of the team that has just won the league and I want to win more trophies.”

“The way the fans fill Turner’s Cross; it’s hard to compare it with anywhere else in the league. It shows the passion in the city for the club and it is great to be a part of it. I have come down here because I want to win trophies.”

Commenting on the signing, City boss John Caulfield said: “Barry is a fantastic, creative player. He is a perfect player to come into our team, he is energetic, has lots of experience and is coming into the prime of his career.”

“He is another fantastic signing for us. He scores goals from midfield and he also creates a lot, he can open defences up and he is exactly the type of player we want to bring to the club.”