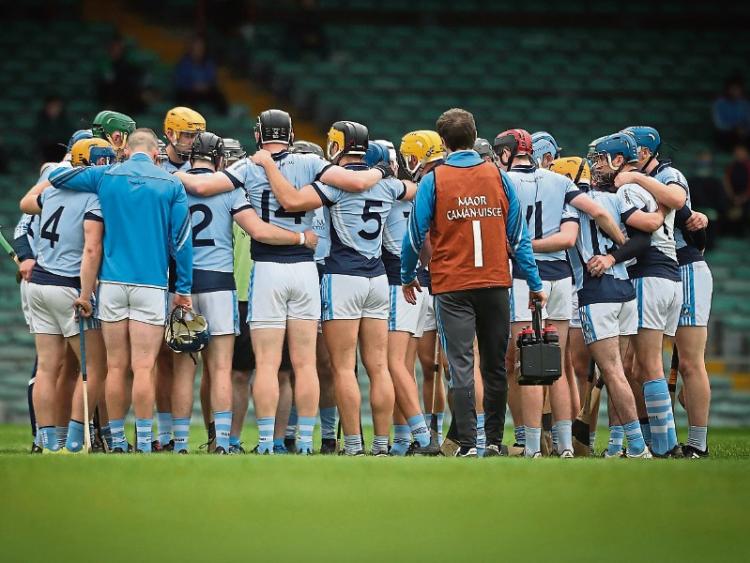 The Na Piarsaigh side who play Blackrock this Sunday

The Caherdavin side are hot favourites to lift a fourth Munster club SHC title ahead of Sunday’s semi final with Cork’s Blackrock.

The Gaelic Grounds hosts the provincial semi final at 2.00.

The curtain-raiser will be the Munster club JAHC quarter final between St Patricks and Waterford’s Ardmore at 12noon.

The second replay of the Limerick junior hurling final between St Patricks and Kilmallock won’t take place until November 11/12 but St Patricks progress to the Munster championship as Kilmallock are ineligible as a second-string outfit.

The Rhebogue side also played in the Munster championship last year – they lost the Limerick final to another second-string Na Piarsaigh.

This time last year a depleted St Patricks lost to Cork’s Mayfield, 4-32 to 2-2 but they were missing eight key players due to stag party abroad.

On Sunday, The Saints face a Waterford side that were relegated from the intermediate ranks last year and bounced straight back with a junior championship win last month. Ardmore have former inter-county brothers Seamus and Declan Prendergast in their line-up along with current Waterford panelist Seamus Keating.

Also on Sunday (2.00) St Senans play in the Munster club IFC – against Kiladangan in Toomevara.