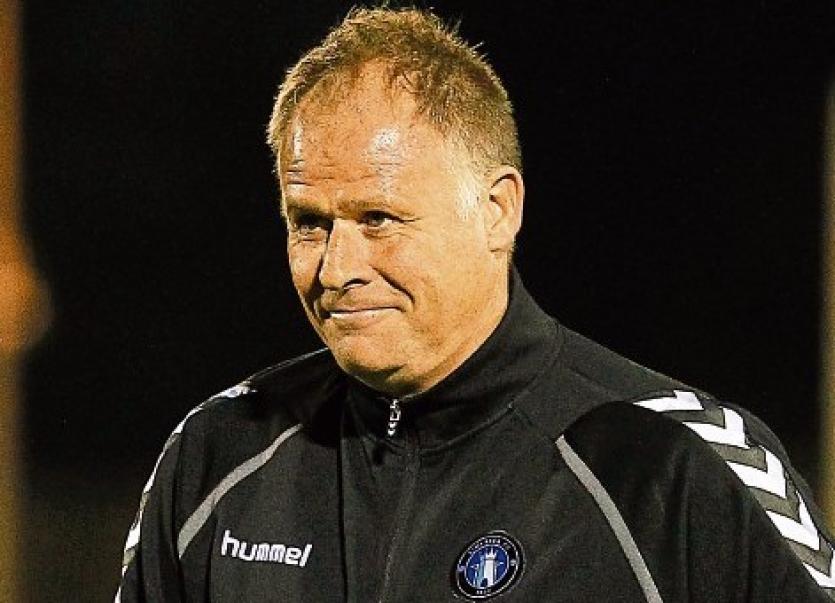 As Limerick FC concluded their league of Ireland premier division campaign away to Shamrock Rovers last week-end, safety from relegation was already in the bag.

Neil McDonald took advantage of this fact and gave some first team game time to some lesser known club players.

Since his arrival, Neil has overseen the departure of quite a few first teamers and squad players.

Earlier in the season the exit of Robbie Williams, Sean Kelly, Paul O’Connor, Ian Turner and Chris Mulhall raised eyebrows among the blue army faithful as there didn’t seem to be any replacements on the horizon.

More departures in the shape of Shane Costello, Clyde O’Connell and Garbhan Coughlan have been followed more recently by John O’Flynn, Stephen Kenny and Joe Crowe with a question mark looming over Peter Berki and the only permanent signing made by the manager, Henry Cameron.

This has left the senior soccer supporter in the city wondering and waiting patiently for new arrivals.

With this is in mind last week could have been viewed as a new dawn with youngsters Alan Murphy and William Fitzgerald in the starting eleven for the first time in their careers and the team finishing the game with a total of five u19 players on the pitch.

While some supporters viewed the game as a dead rubber with the result having no actual bearing on league winners or relegation candidates the manager is to be applauded in my book for giving youth a chance.

As Limerick cantered to the first division title two seasons ago, many felt that was the time to blood some of the youngsters in the club but it didn’t happen, so with that said it’s hats off to Neil who throughout the season hasn’t been slow to catapult youth into the side when he saw fit.

For a lot of local fans whose focus is only on Limerick’s senior side I did some background work on their behalf this week to put some detail to the names seen on last week’s team sheet and ones who may feature more in the seasons to come.

Alan Murphy started at left back versus Shamrock Rovers and he hails from Newcastlewest and has had previous spells with Aisling Annacotty and Mungret Regional locally aswell as with Mervue in the league Of Ireland underage section.

Alan is studying law and accounting in the University Of Limerick and is viewed as a very strong and athletic and player.

William is studying business in the University Of Limerick and can play on either wing as he possesses fantastic close control and delivery from wide areas.

Karl O’Sullivan is a very dynamic central midfield player who is still underage for the 19s group in the coming season. Karl came into the club as a winger but has been transformed into a real box to box player who is really quick and runs with the ball very well.

Karl hails from Glin in county Limerick and attends secondary school as a 6th year student.

Colm Walsh O Loughlan from Ennis is a very exciting wide player who can also play a central attacking midfield role. Technically very good, Colm scored he’s first senior goal at the weekend and has made one substitute appearance prior to this.

Killian Brouder is from Newcastle West a very strong and powerful left sided centre back has been part of the senior set up for latter part of the season and made a substitute appearance in the FAI cup game away to Cobh this season.

Killian very comfortable in possession and is one in the Paudie O’Connor mould that the club have very high hopes for in the future.

So with talks of Barry McNamee from Derry City and Sligo's Tobi Adebayo Rowling joining the club in the near future and there is no doubt the Super Blues squad does need bolstering maybe with a blossoming U19 structure continuing to bear fruit under Tommy Barrett who is currently in the process of completing he’s UEFA Pro Licence the future is not only bright but also blue with Pat Sullivan's dream of an all local senior team representing the club possibly not too far in the future.