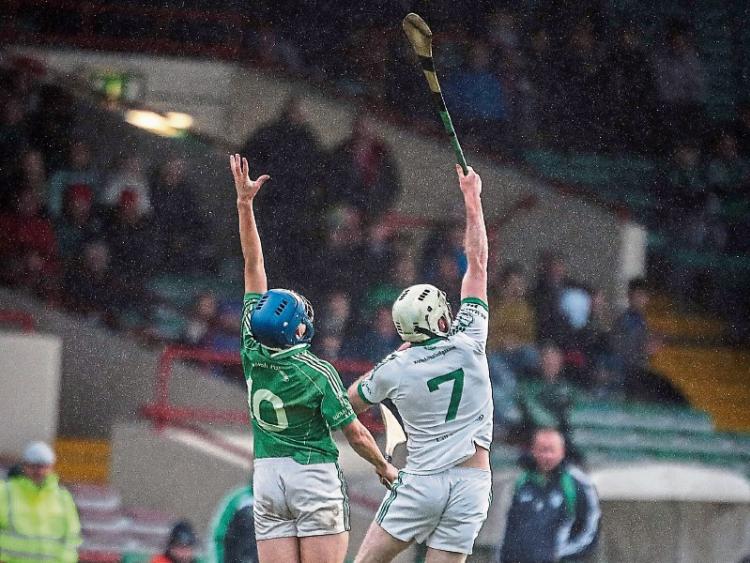 DRAMA again this Friday evening with a draw after extra time in the replay of the Limerick Junior A Hurling Championship between St Patricks and Kilmallock.

It finished St Patricks 1-15 Kilmallock 0-18 in the Gaelic Grounds.

In injury time in extra time it was teenager Calvin Moran that ensured the sides meet for a third time with a late late free.

Regardless of the result St Patricks represent Limerick in the Munster club JAHC and they are due to play Waterford’s Ardmore in the Gaelic Grounds on Sunday November 5 at 12noon. This county final second replay could be pushed out to the weekend of November 11/12.

It was Moran’s 12th point of the final that ensured a second replay in a final that was level on nine occasions.

Kilmallock also had a three-game semi final saga with Rathkeale.

St Patricks, beaten in last year's final by Na Piarsaigh, were 0-8 to 0-7 ahead at half time.

Kilmallock raced 0-5 to no score ahead after seven minutes with Phelim O’Reilly, Killian Hayes and two from Benny Burke helping them clear.

But back came St Patricks and hit the next five points with Mullins; Jason and Pa on the mark, along with Wayne Cronin – all from play.

Paudie O’Dywer levelled but two Moran frees had the Rhebogue side a point ahead at the interval.

Kilmallock hit the front on the resumption with two Conor Staunton frees but then St Patricks got on top.

The Saints were 0-12 to 0-9 ahead at the mid-point of the second half with frees from Calvin Moran and a top score from play on the left wing.

St Patricks had at this stage outscored Kilmallock 0-12 to 0-4 over a 37-minute period since the eighth minute when the south Limerick side were five points to no score clear.

Moran and Staunton exchanges frees and the city men were still 0-13 to 0-10 ahead as the game entered the final seconds of the 60-minutes.

Then came a Killian Hayes goal for The Balbec as he pulled first time on a breaking ball off a long delivery from a free.

But there was still injury time to play and Moran levelled for the seventh time to ensure extra time. Moran was the only St Patricks scorer in that second half with six points – five frees.

There were only two scores in the first period of extra time – one each for free-takers Conor Staunton and Calvin Moran.

So level for an eighth time at half time in extra time – St Patricks 1-12 Kilmallock 0-15.

In the second added period of 10-minutes, two points from Liam English looked to have Kilmallock crowned champions.

But the city side found two points in injury time – one from play and one free from Moran.