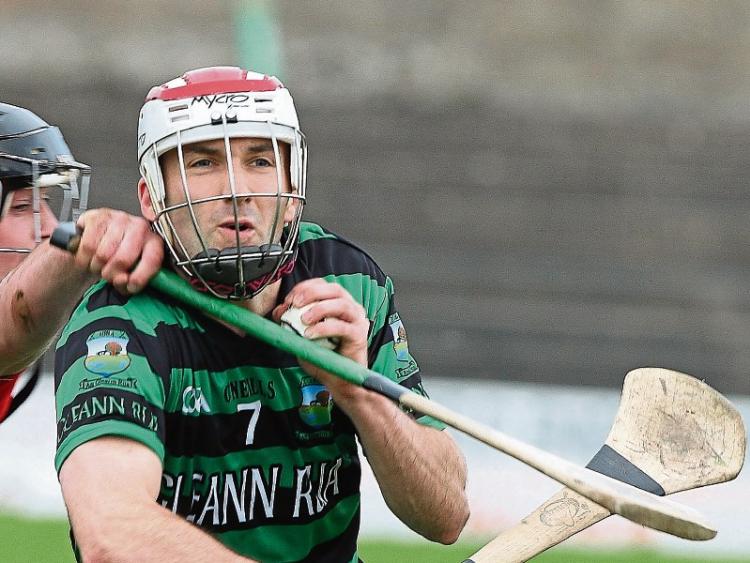 They beat Pallaskenry in that final in Fitzgerald Park in Kilmallock.

This Saturday (3.30), Glenroe and Kildimo-Pallaskenry are back in Kilmallock with the Limerick IHC title on offer.

There won’t be an Artane Band or GAA President on Saturday but still going strong is Glenroe corner forward Mike Mansell from that U-14 hurling final.

A Limerick IHC title and promotion into the Premier IHC and the top 20 of championship hurling in the county is Saturday’s prize.

Both Glenroe and Kildimo-Pallaskenry seek a first title in this grade.

Saturday’s finalists are no stranger to eachother.

This August 27, the sides finished level in the final round of group games. In 2015, Glenroe won their clash, while last year the spoils went to Kildimo-Pallaskenry.

Prior to this season, both Limerick IHC finalists were promoted and therefore Glenroe have only narrowly missed out on reaching tier two for the last three years – losing a hat-trick of semi finals to Mungret, Feohanagh and Monaleen.

Captained by Eoin Walsh (who has been injured on the sidelines recently), the men in green and black will look to their experienced campaigners as well as Mark O’Connell, Dave McCarthy and Patrick McSweeney.

Diarmuid McCarthy is also in their ranks and is a teacher in Doon’s Scoil Na Trionide Naofa with Kildimo-Pallaskenry coach Justin Daly.

Kildimo-Pallaskenry are managed by Chris Sexton, with selectors Padraig Daly, Patrick Enright and Jim Maher. They had Clare legend Anthony Daly at a training session ahead of their semi final win over Dromin-Athlacca. Last year the men from along the N69 lost, like Glenroe, at the semi final stage – to Pallasgreen after a replay.

Captained by Barry O’Connell, the men in blue and white also have another All Ireland U-21 winning centre back Kyle Hayes in their team. Both could be in the half forward line, with inter-county footballers Peter Nash and Tony McCarthy also included.

Keel Maloney, Robert McKeogh and Darren O’Connell are others that will be key for a side that will once again have defender Eoin O’Brien returning from his base abroad to line out.

Saturday October 28 in Kilmallock at 1.30

This cup was won by Kildmo-Pallaskenry in 2016.

Back in 2015 Rathkeale were joined with Granagh-Ballingarry and lost this decider to Claughaun-Old Christains.

This time round it’s Croagh-Kilfinny-Rathkeale and they beat Cappamore in their semi final.

Ballyhoura Gaels comprise of Staker Wallace, Effin and Blackrock. They beat Monaleen in their semi final.