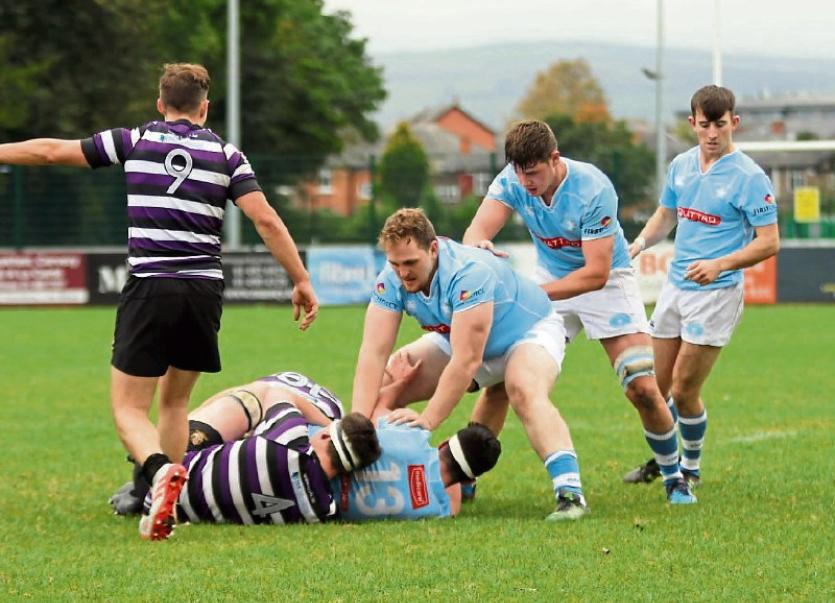 JP Phelan in action for Garryowen against Terenure this season

GARRYOWEN prop JP Phelan readied himself for the rigours of the Ulster Bank League by playing Queensland Premier rugby in Australia this summer.

Twenty two-year-old Phelan, in his third year at the Munster Academy, spent the summer playing with Bond University as he worked his way back to full fitness after an injury interrupted last season.

Phelan said: “I was sent out by the IRFU to play a few games there because I had been injured last year.

“I was sitting mid exams in UL and Peter Malone (Munster Elite Player Development Manager) rang me up and asked me if I wanted to go down to the Gold Coast to play a bit of rugby for the summer. I wasn't going to turn that down.

"I think the IRFU have a link out there through David Nucifora's brother who is out in Bond University. Oisin Heffernan went the year before. It was great to get a bit of sun, even though I didn't get the tan!

"Bond University play in the Queensland Premier, similar to the AIL out there. The game was fast, jeez, very fast.

"There wasn't as much emphasis on the set-piece. You were kinda hoping the ball would go down or out. It was all about phases and lads doing goose steps, you are hoping they would just run straight.

”There were some serious players out there, a very fast game. It took time to get used to it.”

Garryowen sit in third place in Division 1A of the Ulster Bank League with four wins from six games.

Phelan is hopeful that the ‘Light Blues’ can be challenging for a top four play-off place this season rather than fighting off relegation as was the case last term.

“We have a few older heads back with us, a bit of experience, which will hopefully drive us on.”