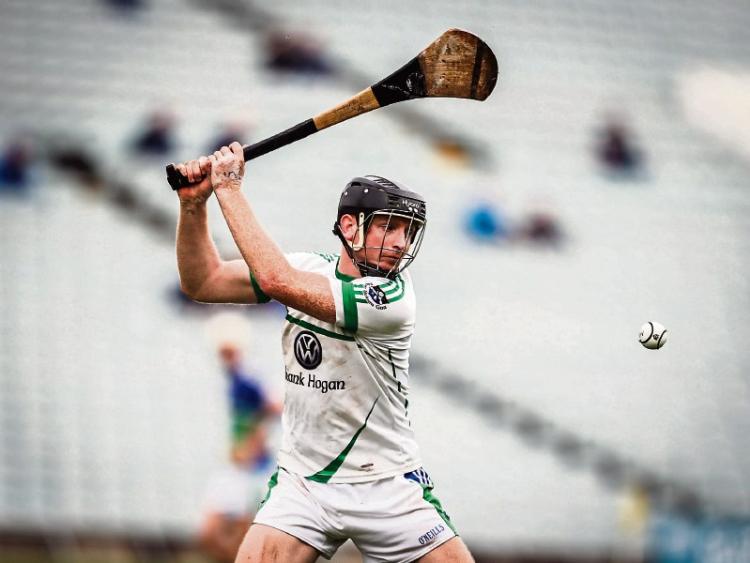 The final scored was Murroe-Boher 0-22 Kilmaley 1-20 in Cusack Park in Ennis this Sunday.

Clare champions Kilmaley now advance to a semi final meeting with Waterford’s An Rinn or Clonea on November 5.

The Kilmaley lead could have been greater but for their tally of 10 wides in the opening 30-minutes – Murroe-Boher had six wides of their own.

Before Murroe-Boher had settled, Kilmaley had the sliothar in the net – Daire Keane the scorer after a period of play when the Limerick champions should have cleared their lines.

Murroe-Boher did settle and Seanie Tobin (free) and Dylan Sheehan had points in reply to the early goal.

Sheehan had two early points and it was 1-1 to 0-3 before Kilmaley had their first point from play in the 12th minute.

When Tobin brothers Seanie and Pat had back-to-back points from play the game was level, 1-2 to 0-5 with 19-minutes played.

It was to be Kilmaley that finished the half on top with five of the last six points – two from Michael O’Malley from midfield.

Dylan O’Connor and Seanie Tobin had early second half points for Murroe-Boher and when Sheehan had his third of the day from play, it was 1-9 to 0-11 at the mid-point of the second half.

With 10-minutes to go the game was level for the second time, 1-11 to 0-14 with successive points from play for Seanie Tobin.

Sub Diarmuid Byrnes then had Murroe-Boher ahead for the first time but the Kilmaley response was points from Cian Moloney (free) and Daire Keane to wrestle back the lead with five minutes to play.

It was a 60-minute period that saw Kilmaley register 13 wides and Murroe-Boher nine.

Kilmaley were 1-16 to 0-18 ahead at half time in extra time – Mickey O’Neill (2) and Sean Kennedy putting the Clare side. Jack Casey had two points in reply.

Daire Keane and Cian Moloney (free) had Kilmaley points in the second period of extra time but back came Murroe-Boher with three unansered points from Seanie Tobin to lead 0-22 to 1-18.

Then Daire Keane levelled yet again.

Then came the late late winner from a Michael O’Malley ‘65.