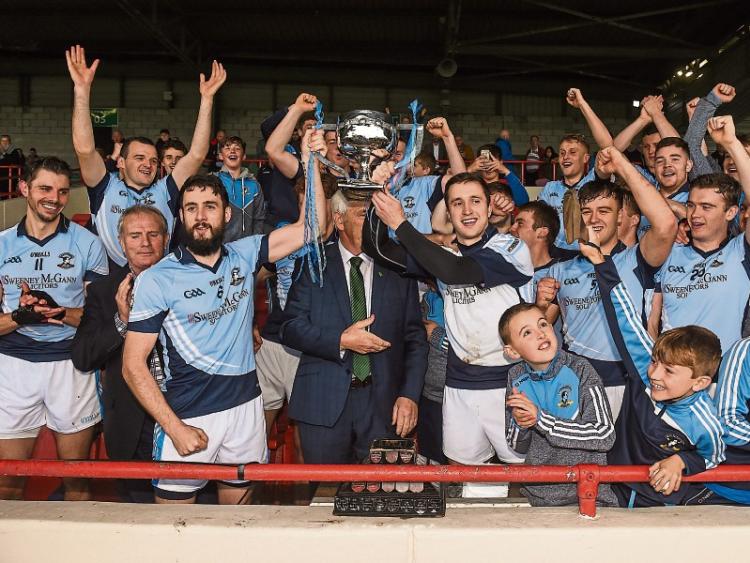 NA Piarsaigh are now the evens favourites to win the Munster club SHC title after Sunday’s blitz of Kilmallock in the Limerick county final.

The Caherdavin club are undefeated in provincial action with a nine game run helping them to Munster honours in 2011, ‘13 and ‘15.

On November 5 they will meet Cork opposition for the first time.

Blackrock will be representing Cork regardless of the Cork SHC final result on October 22 against divisional side Imokilly.

Opening the Munster championship will be an October 29 quarter final between Thurles Sarsfields and Waterford champions Ballygunner or De La Salle. The winner of this Walsh Park tie will then have home advantage against Clare champions Clooney-Quin or Sixmilebridge on the same day Na Piarsaigh play Blackrock.

The Munster final is scheduled for November 19.

Na Piarsaigh won Sunday’s Limerick final against Kilmallock by five points but were 13-points clear until a late 2-3 from The Balbec.

That performance has Na Piarsaigh as evens favourite to add another Munster crown. Thurles are second favourites at 5/2.

Indeed the newly crowned Limerick champions are now 9/4 favourites to add another All Ireland title to their success of March 2016.

If Na Piarsaigh gain the two wins necessary to lift a fifth Munster club SHC title for Limerick in seven years, they will then progress to next February’s All Ireland semi final against the Ulster champions – Slaughtneil (Derry) or Ballygalget (Down).

Reigning All Ireland club champions Cuala (Dublin) are still in the hunt for Dublin SHC honours and are third favourites for All Ireland honours at 6/1.

Elsewhere, its Limerick SFC Final time next Sunday, October 22 – Newcastle West play Adare in a novel final at 4.00. Newcastle West were champions in 2015 but Adare, appearing in a third final ever, are seeking a first ever title.

The curtain-raiser is the Limerick Premier minor football final between Monaleen and Mungret St Pauls at 2.00.