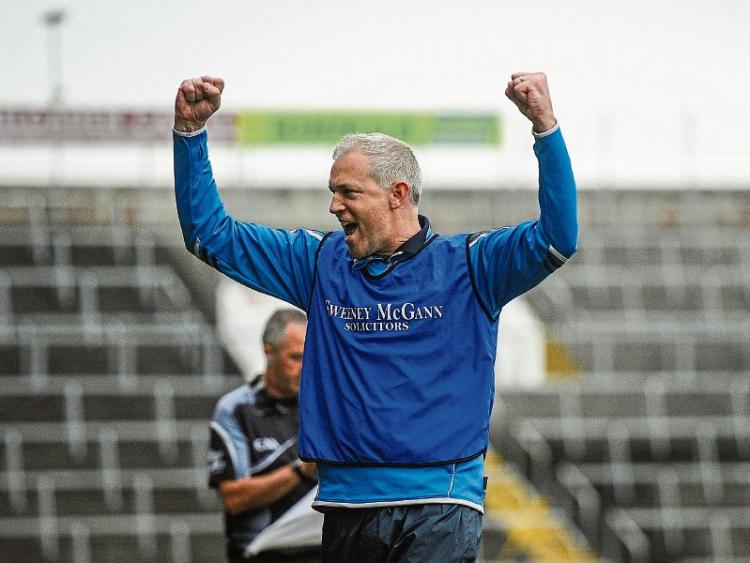 THE Daly Cup returned to Na Piarsaigh for the fourth time in seven years but it was the team’s performance that marveled manager Shane O’Neill.

“The overall performance was absolutely outstanding,” enthused O’Neill after the five point win over Kilmallock.

But his side were 13-points clear before the south Limerick men scored a late 2-3.

“I am delighted - performance wise from the word go I thought we were really really good. We worked on a lot of things differently from other years and I thought our structure and performance from 1-15 and the four guys who came on were outstanding,” explained the winning manager.

”I can’t say a bad word about anyone - a county final and we are absolutely thrilled. It seems to be every second year at this stage but we will take that,” he said in reference to their roll of honour that includes Limerick SHC wins in 2011, ‘13, ‘15 and now 2017.

“Our use of the ball was absolutely fantastic and that was obviously the case if we only had one wide. We hadn’t been ruthless enough or clinical a lot of the time and again that was something that we have worked on and generally our wide count has been low this year so not wasted balls or taking on silly shots - although we had some in the second half,” said O’Neill.

With eight minutes to play, the Caherdavin men were 13-points clear but not celebrating from the manager.

”County final are county finals and anything can happen and you can’t take anything for granted. I thought the boys that came in did really well and won a lot of dirty ball because the other boys were getting tired and generally from an overall squad performance it was great.”

What of the Munster - Na Piarsaigh welcome Cork representatives Blackrock to the Gaelic Grounds in the provincial semi final on November 5.

”We haven’t really looked at because you can’t take county final for granted and we were playing Kilmallock.”