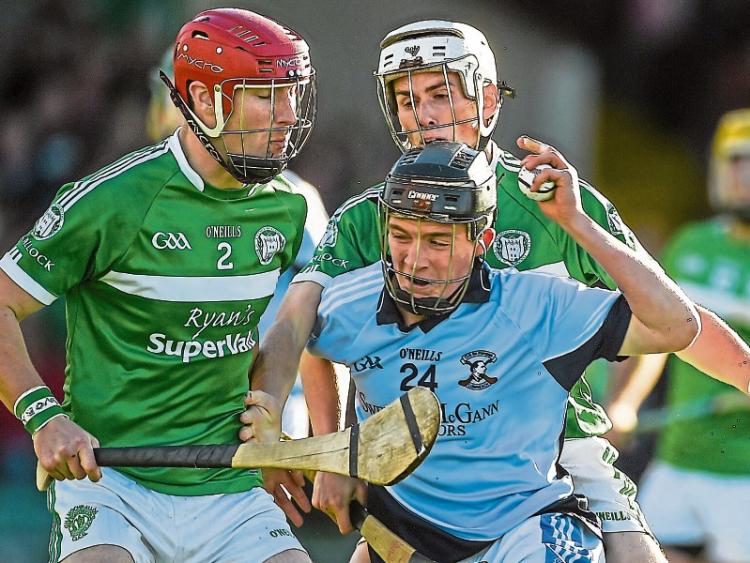 LIAM Hurley was 17 years of age when he played in his first Limerick SHC final. That was back in 2005. Quite a year it was for Hurley.

He was part of the Limerick minor set-up that reached the All Ireland MHC Final – losing in Croke Park to a Galway side that included Joe Canning.

Unfortunately, defeat was Hurley’s lot in the All Ireland Final and Limerick SHC Final.

In both set-ups he was joined by Eoin Ryan and Gavin O’Mahony.

All three continue to solider together with The Balbec.

It’s a 13th season in the senior colours of Kilmallock for Hurley and he captains the side into Sunday’s county final, bidding to continue the club’s unique statistic of 11 different players captaining them to county honours.

”I am playing senior 13 seasons. I was playing back in 2005 when still minor,” recalled Hurley this past week at the Credit Union launch of the Limerick SHC final.

”We were in the minor All Ireland Final that year with Limerick as well and to go on against Garryspillane in 2005 was a great achievement for me,” he outlined.

Hurley has been pretty much an ever present in the Kilmallock defence since – mostly as a trusty corner back.

“I went out in the half back line alright there for a few years but they put me back,” he laughed.

He added: “Any day that you get a starting number is a good day”.

Back in 2005, Hurley, Ryan and O’Mahony lost to a Garryspillane side coached by Tony Considine.

Clare’s All Ireland winning selector would later lead Kilmallock to glory before another Clareman Ger O’Loughlin took up the mantel.

All in all, it’s three Limerick SHC medals for Hurley, with 2005 his only county final defeat.

”It’s only like yesterday - 13 years ago we were the young fellas and now we are the oldest on the team. It’s nice that 13 year later you are still playing hurling,” he said.

”A new voice always brings an individual on and even the words of wisdom drives us on – James, Mick and Ger have been fantastic and any day that a management take you to a County Final is a good day,” said the captain.

The first year for the new management saw them suffer semi final defeat to Patrickswell – a game Hurley missed due to concussion.

“Standing on the sideline looking it was hard. It did really hurt us last year and all we wanted to do was to come back this year and win the group and get back to that semi final,” he outlined.

They achieved their first goal with a 100% record and then gained revenge on The Well in a semi final rematch.

”Getting to any County Final is huge for the town and especially this year with the new development happening in the club - it’s a boost to the whole thing,” siad Hurley, referencing the launch of the club’s Development Plan earlier this month by GAA President Aogáin O Fearghail.

Planning permission has now been granted by Limerick County Council for a state-of-the art new facility.

The first stage of the plan will see the construction of new toilet facilities, a canteen, shop and fencing around the perimeters. The second phase will see improved facilities for players and members. Dressing rooms will also be included within this phase along with a gym. Function rooms and games rooms are also envisaged. Phase three, the long-term vision, includes an astroturf pitch, walking track around the grounds and further development of the stands.