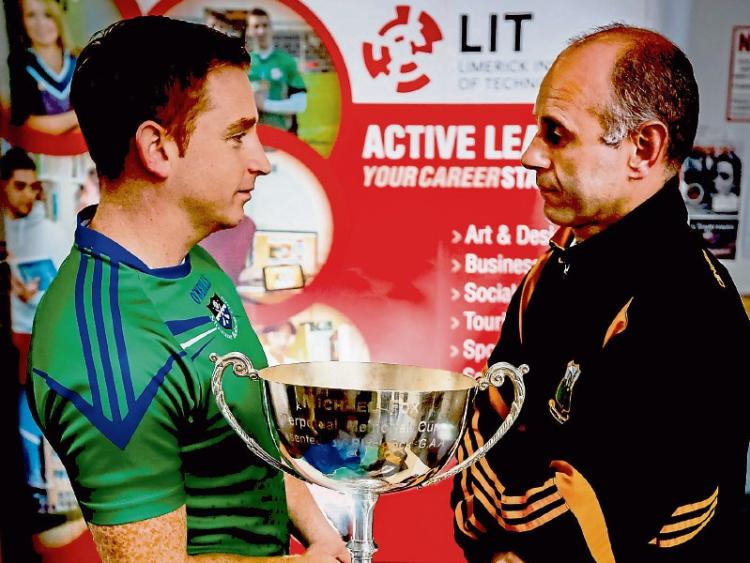 TWENTY-ONE years later and Dave Ryan is back chasing another promotion to the Limerick SHC.

Back in 1996 Garryspillane needed a replay to overcome Mungret in the Limerick IHC final. Dave and Donie Ryan were in that team and remain central players for The Bouncers in Sunday’s Limerick Premier IHC final.

After that promotion they contested the senior hurling final in their first year in the top flight. They lost to Patrickswell. In 2004 they were back in the county SHC final. They lost to Ahane.

Then came a senior B success and in 2005 ultimate honours when Tony Considine guided them to the Limerick SHC – the Ryan brothers, Micheal O’Donnell and James Ryan remain in the starting team 12-years later.

The quest for this quartet is to get back to the senior ranks.

And, captain Dave Ryan feels the time is right after four years in the second tier.

”You could argue that for the last number of years that we were probably not ready to go senior because we were very reliant on some of the older players but now following last Saturday’s win in minor and last year’s U-16 championship winning team, you are going to have these guys pushing to come on to the Garryspillane senior team next year or whatever is our most senior team and in that respect the time is coming for us to be back up senior because we have some good players coming,” outlines the full back.

”Hopefully we can do it because I think the time is right for us to be back up senior,” he stressed.

Last Saturday, the long serving defender played his part in securing the future as coach of their first ever Premier minor hurling winning team.

”The Premier Minor Hurling Championship is a lovely championship to win but it just didn’t happen this year because there is massive work being done in Garryspillane at Bord na nOg level for many years and it’s not an accident because there are great people involved and in the last number of years we have won a Feile, Premier U-15, Premier U-16 and now a Premier Minor. It all started many years ago and results are coming now but the credit has to go to the people putting in all the work but no doubt it’s a huge boost to the club and great for the players and their families,” said Ryan.

”I don’t know if you will see me back senior! But I think Garryspillane deserves to be back senior for the work that is being done - we have great leadership with Jim Dooley and Liam Russell and co at senior board level and TJ (Ryan), Kevin O’Keeffe and Criona (O’Reilly) in Bord na nOg. It would be fantastic to be a senior hurling club - especially after winning the premier minor and we will probably play Premier U-21 next season and will still have a nice minor team.”

Garryspillane lost at the semi final stage for the last three seasons.

”I’d like to think we have timed our run a bit differently this year - last year we were flying towards the end of May when we beat Monaleen in Caherconlish in a cracker of a game and we stuttered a bit after that. We are coming a bit later this year - we lost our first two games and we faced Pallasgreen in our third game with a massive mountain to climb but we have won all games since and find ourselves in a final and it’s a first final in 12-years,” said the captain.