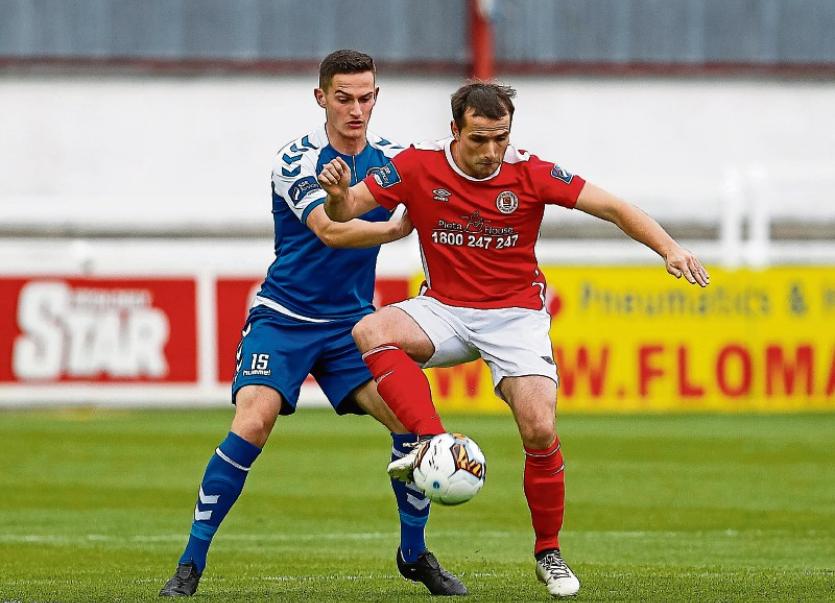 Seventh-placed Limerick sit three points above the relegation zone in the Premier Division with now just three series of games to go.

Limerick will be looking to complete a hat-trick of league victories over Drogheda this weekend.

Limerick have taken five points from their last three league outings, with a 1-1 draw at Bray Wanderers followed by the 2-1 home victory over Cork and the 2-2 draw with St Pat’s last weekend.

Limerick FC manager Neil McDonald has been delighted with how the side has responded to the challenge of trying to push away from the relegation zone.

”We’ve battled and picked up some precious points. It shows that the team is all together, doesn’t give up and wants to be in the Premier Division next year,” McDonald said.

In the previous league meetings with Drogheda Utd this season, Limerick FC produced an utterly dominant display in dismissing the Co Louth side 3-0 in April with goals from Rodrigo Tosi, Chris Mulhall and Chiedozie Ogbene.

Limerick then defeated Drogheda 2-0 at United Park in June with goals in either half from Robbie Williams and Garbhan Coughlan.

Manager McDonald agreed that Saturday’s 2-2 draw with the Saints was a good point for the Blues to pick up on the road as the Shannonsiders maintained their three-point advantage over eighth-placed Galway United.

McDonald said: “We’ve dominated games before and been beaten up with last minute goals, so it was nice to get one ourselves. It’s good to take a point away from home.

“I was stressed because we didn’t play to the level we have been doing in the past. We did well in the first half; created a few chances and should have scored more than we did.

”We’ve battled away though, and got our just rewards in the end to be fair.”

With six points separating the five teams placed between seventh and eleventh in the Premier Division, the relegation dogfight could well go down to the last series of fixtures.