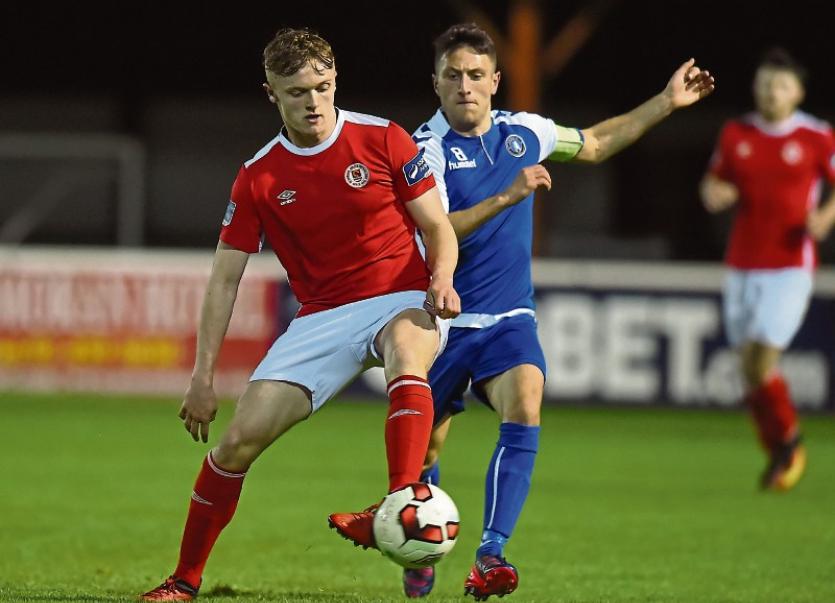 LIMERICK FC will look to take a giant step towards securing their SSE Airtricity League Premier Division status for next season when travelling to Richmond Park to face St Patrick’s Athletic on Saturday, 5pm.

Limerick’s hopes of reaching an FAI Cup final for the first time since 1982 ended with a frustrating 1-0 defeat to high-flying Cork City at Turners Cross on Friday night.

Limerick, appearing in their first Cup semi-final in 23 years, came within a whisker of taking the game to a replay at the Markets Field, but crucially the Blues paid the ultimate price for a lack of clinical edge in front of goal.

Now the Limerick focus switches back to the league and this Saturday’s crucial SSE Airtricity League Premier Division fixture with St Patrick’s Athletic at  Richmond Park.

Limerick currently sit in seventh place in the top flight table, four points clear of the relegation zone. There are now just four series of fixtures to go in the Premier Division season.

The fact Limerick FC’s goal difference is five better off than Sligo Rovers, who occupy one of the relegation places, could also prove significant before the season is out.

Following confirmation of Drogheda United’s relegation on Friday with their defeat to Derry City, in effect any two of five clubs from seventh-placed Limerick down to Finn Harps in 11th are involved in the relegation battle.

The five sides are separated by just five points with four games to go.