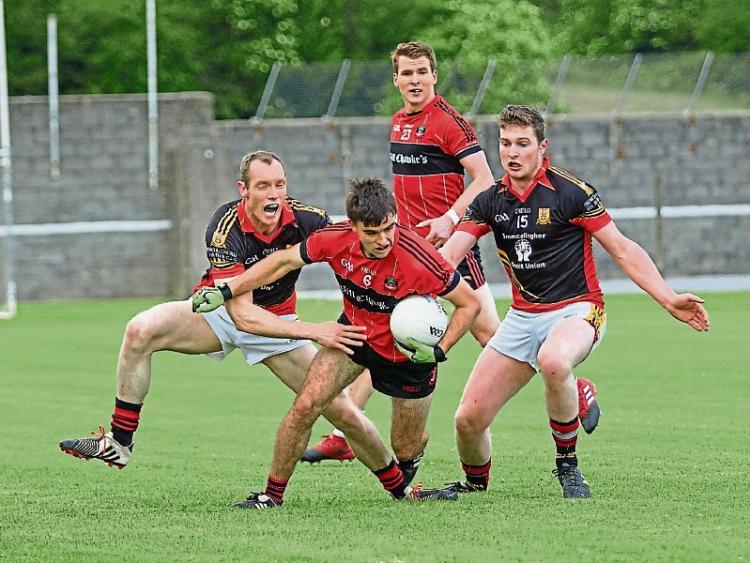 ADARE booked their place in the Irish Wire Products Limerick SFC final with an impressive 3-9 to 0-8 semi final win over Dromcollogher-Broadford this Sunday afternoon.

Adare will now meet Newcastle West in the county final on Sunday October 22 in the Gaelic Grounds. The curtain-raiser will be the Premier MFC final between Mungret and Monaleen.

Adare are chasing a first ever Limerick SFC title and will be appearing in their third ever final – losing in 2002 and 2010.

Relegated from the senior ranks in 2015, they bounced back with an intermediate title last year and have continued their winning ways to reach this senior decider.

In this semi final in Kilmallock, they were 2-5 to 0-7 ahead at half time.

Drom-Broadford, appearing in their 18th successive semi final, were to score just once in the second half – an injury time free from Patrick Donnelly.

Drom-Broadford were 0-7 to 0-5 ahead after 27-minutes with Seanie Buckley, Ray Lynch and Kevin Noonan among their scores.

But Adare then scored two late goals for an interval lead.

The first from Mark Connolly in the 28th minute and then in injury time from Mikey Lyons.

There was no score for the first 12-minutes of the second half and it was Adare that broke the deadlock with a Robbie Bourke free.

Davey Lyons was also on the scoresheet before Robbie Bourke sealed the win with a 56th minute goal after an exchange with Mikey Lyons.

There was seven minutes of injury time but no way back for Drom-Broadford, who were beaten county finalists in the last two seasons.

*See the weekend print edition of the Limerick Leader for a full match report.