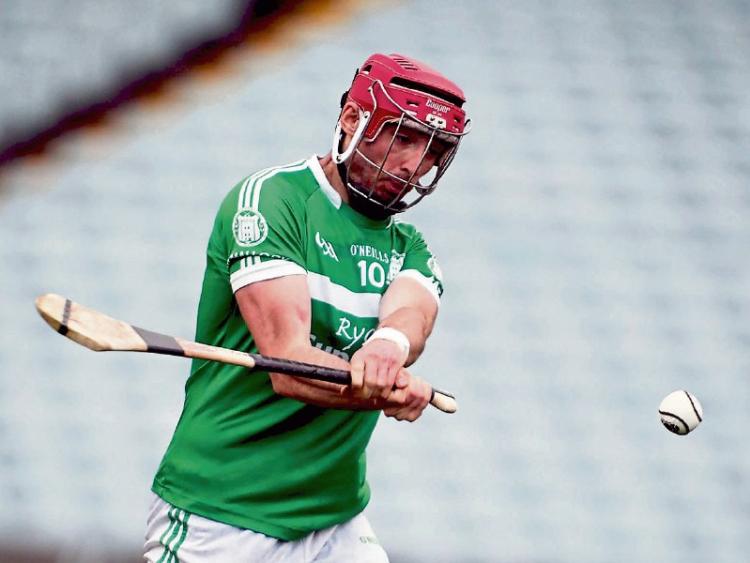 IT’S a repeat of the 2014 Limerick SHC Final with Kilmallock playing Na Piarsaigh on Sunday October 15 in the Gaelic Grounds after champions Patrickswell were dethroned.

Kilmallock ended the Patrickswell title defence in the semi final this Saturday afternoon, 1-18 to 0-13.

The Balbec were led by 0-11 from free-taker Eoin Ryan.

Kilmallock led 1-7 to 0-7 at half time – the goal came inside two minutes from Micheal Houlihan.

But Kilmallock hit the next four points to establish the interval advantage with Graeme Mulcahy and Ryan on the mark.

Aaron Gillane scored after eight seconds of the second half but then another run of four Kilmallock points had them 1-11 to 0-8 clear with 20-minutes to play.

Ryan and Kevin O’Donnell, two from play, were the only Kilmallock second half scorers but Patrickswell never really got within touching distance.

The curtain-raiser in the Gaelic Grounds was the senior hurling County Cup final. Ahane had a 1-24 to 1-17 win over South Liberties.

Ahane hit nine of the final 10-points to win the title.

All Ireland U-21 hurling winning captain Tom Morrissey hit 1-12 for the winners – 10 from frees.

South Liberties were 1-9 to 0-11 ahead at half time with the goal coming from Brian Ryan after 90-seconds.

But Liberties were to score just once more as Niall and Ollie Moran hit late points to help Ahane to the title.

*See the print editions of the Limerick Leader newspaper for full match reports on both.