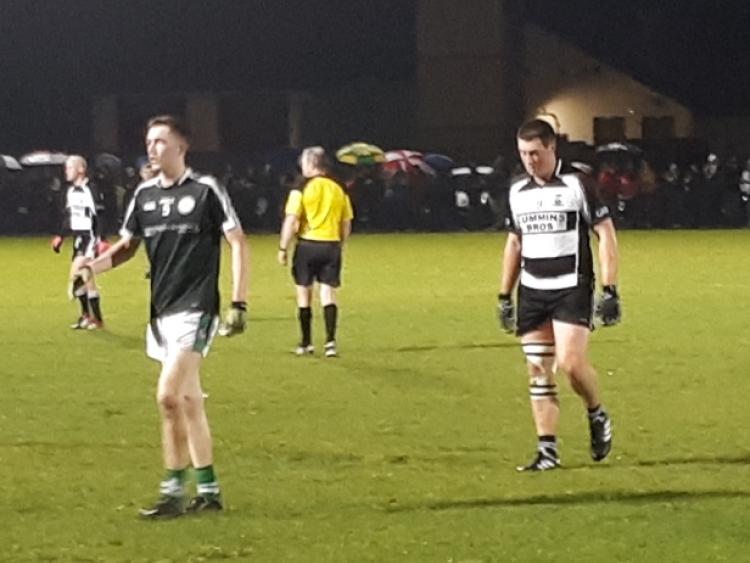 Galbally will face St Senan's in the Limerick County Intermediate football final on October 8, following their 1-12 to 0-10 win over Gerald Griffins in Rathkeale this evening.

The two sides served up a good standard of football in conditions that were both bitterly cold and rain swept. This was an even contest for most of the first half. Indeed the sides went in at the short whistle 6-6. Gerald Griffins could have been ahead at the break such was their dominance of possession, however Galbally were more economical with their chances.

The start of the second half saw Galbally jump into a three point lead with scores from Gerard Quinlan, Jack Donovan and Garry Mc Carthy. They would not trail again.

A comeback of sorts looked on the cards for the hard fighting Gerald Griffins, however a 54th minute penalty put the result beyond doubt with Gerard Quinlan slotting passed the impressive Brian Scanlon.

Referee Kieran Flaherty played over 10 minutes of stoppage time in the second half, but it was not enough for a Griffin's revival. Final score Galbally 1-12 Gerald Griffins 0-10.

For more on this game, see this Thursday's Limerick Leader newspaper.