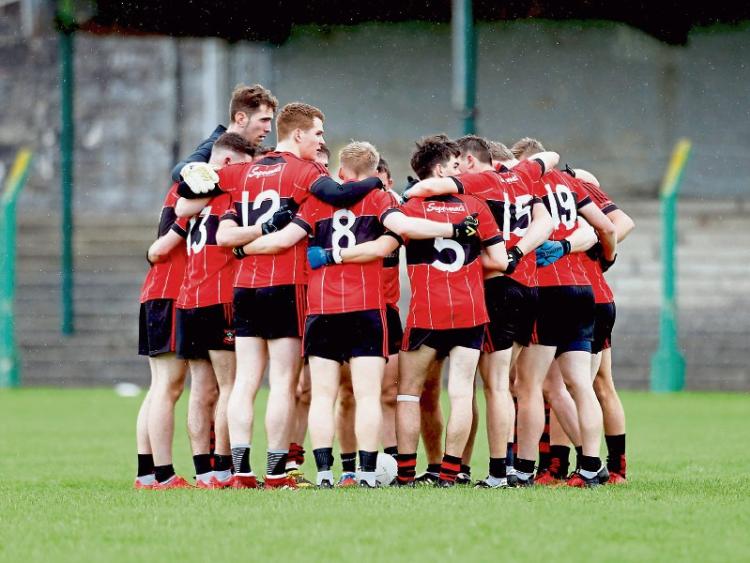 THE Limerick SFC and IFC final line-ups are to be completed this weekend.

Newcastle West await either Adare or Dromcollogher-Broadford in the Sunday October 22, at 4.00, senior final in the Gaelic Grounds. The curtain-raiser will be the Limerick Premier MFC final between champions Monaleen and Mungret St Pauls, at 2.00.

Ahead of this weekend, the bookies make Newcastle West the 8/11 favourites, with Dromcollogher-Broadford at 7/4 and Adare 1½.

St Senans await Galbally or Gerald Griffins in the intermediate final, which will be played on the weekend of October 7/8 or 14/15.

Sunday October 1 in Kilmallock at 3.30

Drom-Broadford will be appearing in a remarkable 18th successive Limerick SFC semi final.

They have won 11 of the previous 17 semi finals on their way to seven Limerick SFC titles since their first county final in 2000.

Beaten in the last two county finals, Drom-Broadford were champions last in 2013.

The Mike Fahy managed and Tommy Stack and John Brudair coached side reached this semi final as group winners with three wins, a draw and a loss. They failed to score a goal in three of the games and have been missing players for varying reasons in most games.

This year’s tie was back in June but since then Adare have shown the form that saw them crowned intermediate champions last Autumn – drawing with Monaleen, beating Rathkeale and then overcoming Ballylanders in a quarter final replay.

Never champions, Adare were finalists in 2002 and 2010 – James Hickey, Mikey Lyons, Neil Mulvihill and Dave Lavin played in the final of seven years ago.

If goals are scare for Drom-Broadford, not so for Adare – 13 in seven games.

Adare are captained by Shane Doherty and key to their success will be Davey Lyons, Jack English, Robbie and Hugh Bourke, David and Mark Connolly and Stephen Keeley.

Keeley plays junior soccer with Regional Utd – his player-manager is none other than Sunday’s semi final opponent, Ray Lynch.

Other players in the Drom-Broadford set-up facing a hectic schedule are those from Feenagh-Kilmeedy, who have a Limerick JAHC quarter final against Doon on Saturday (3.30) in Kilbreedy.

Gerald Griffins arrive in Rathkeale undefeated with five wins from five, while Galbally came the quarter final route with a win over Pallasgreen.

2016 junior champions Gerald Griffins are on quite the winning run – divisional and county league and championship glory at junior level and now making an impact on their return to the intermediate ranks, from which they were relegated in 2014.

The Loughill-Ballyhahilll side have only conceded one goal in five group games but on Friday meet a south Limerick side with 10 goals from six games.

Many of the Galbally side are chasing a county double, after Garryspillane booked a final spot in the Limerick Premier IHC final last Sunday.

Galbally are in their third season down from the senior ranks – losing the last two quarter finals. Prior to that they had four years senior after winning this IFC back in 2010.