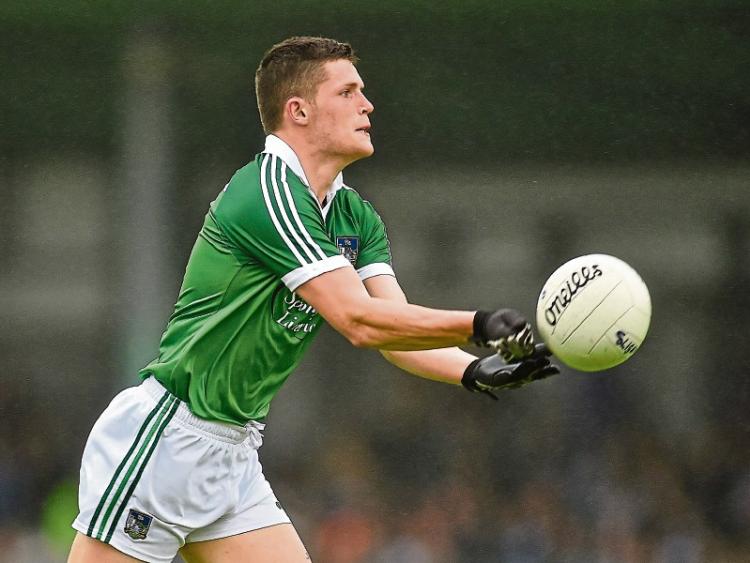 And, his participation in the 2018 championship is unclear.

Army Private Corbett, based in Limerick’s Sarsfield Barracks, is to travel on an overseas tour of duty to Lebanon in the coming weeks.

The Newcastle West man departs in November and won’t be due back in Ireland until next May.

Limerick football manager Billy Lee said that Corbett would be a “huge loss”.

A centre back or midfielder, 25 year old Corbett has captained Limerick for the last two seasons.

”He is a leader and over the last two years has really grown into the leadership role. He sets the tempo for everyone, be it in training or games,” Billy Lee told LeaderSport.

”He has a great positive attitude and the leads the pack and will be  huge loss to us,” said the Limerick manager.

“He never backs down from a challenge and always steps forward for us and testament to him he has played with Munster a few times in recent years,” said Lee.

Also among the travelling group to Lebanon will be Kilkenny hurlers Colin Fennelly and Paul Murphy.

Last Sunday, Corbett was centre back as Newcastle West booked their place in the October 22 Limerick SFC final in the Gaelic Grounds.

The loss of Corbett will be a big blow to any Limerick promotion aspirations in the 2018 Allianz Football League.

For the second successive year Limerick will be in Division Four – playing relegated Laois and Antrim, as well as Carlow, Leitrim, Waterford, Wicklow and London.

Meanwhile, the draws for the Munster SFC and other provincial champsionships in hurling and football will take place live on RTE television on Thursday October 19.