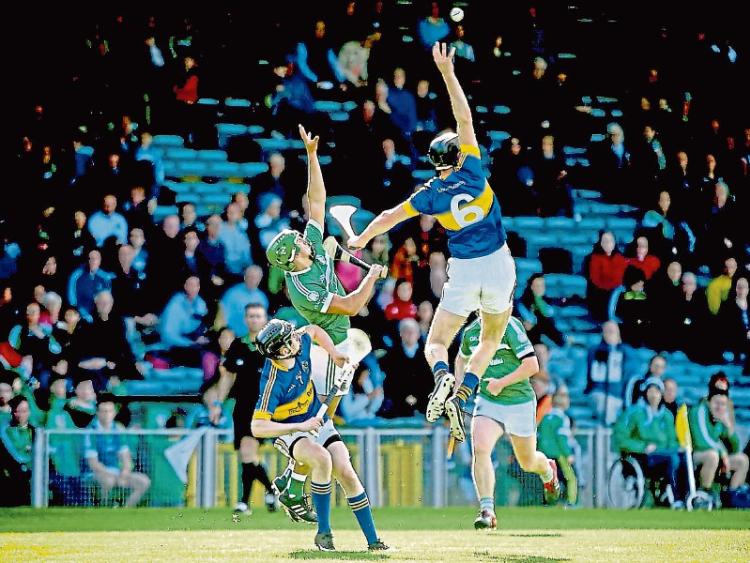 FOR the third successive Saturday, the Gaelic Grounds hosts a double-header of club hurling.

Unlike the previous two weekends, there won’t be live television coverage this Saturday.

Ahead of Saturday’s second semi final, the bookies make Na Piarsaigh the 4/11 favourites, with Kilmallock at 4/1 and Patrickswell 5/1.

Elsewhere, on Sunday there will be a high noon showdown in a relegation play-off.

Saturday September 30 in the Gaelic Grounds at 5.00

A repeat of last year's final to decide who plays Na Piarsaigh in the October 15 county final in the Gaelic Grounds.

When The Well and The Balbec met at this stage last year, it was the men in blue and gold that emerged 1-19 to 1-15 winners.

Indeed in 2015, Patrickswell also beat Kilmallock when they met in a group game, while they were also winners in the previous meeting – a 2011 quarter final.

Kilmallock have won two of the last five titles – losing the other three semi finals.

Experience and motivation certainly not an issue for the James Connery managed and Ger Downes coached south Limerick men so.

Captained by Liam Hurley, Kilmallock have bolstered their options this season with Micheal Houlihan, Dan Joy, Oisin O’Reilly and David Woulfe all getting game time.

Patrickswell are attempting to reach a third successive final. While not appearing at their best, they did get over Ballybrown in their quarter final replay and those games will stand to them.

Saturday September 30 in the Gaelic Grounds at 3.15

It’s only a matter of weeks since Ahane were 2-21 to 1-12 winners in the final round group game but ultimately the big win fell short of getting the Castleconnell club into the knockout stages.

Ahane had 12-points to spare when the east Limerick rivals met this season and were also winners in their 2015 and 2013 championship meetings.

Ahane were close to full strength in their semi final and have a real mix of youth and experience between Ciaran Barry, Dan Minihan and Colm Carroll and Ollie Moran, David Laing and John Meskell.

Liberties will be without Shane O’Neill, but have three All Ireland U-21 winners in Barry Nash, Conor McSweeney and Brian Ryan.

Sunday October 1 in Bruff at 12noon

Two weeks ago Mungret were 0-21 to 1-10 winners in a dress rehearsal for this relegation play-off – the losing side dropping to the tier three; Limerick IHC.

That was one of two wins from seven group games for Mungret – the other against championship finalists Garryspillane, back in May.

The Mungret club are on a high at present after reaching the Limerick Premier minor hurling and football finals. They play Garryspillane in the hurling final on Saturday October 7 in the Gaelic Grounds at 5.00. Minor trio Paul O’Brien, Rory Duff and Conor Flahive will feature in this survival bid.