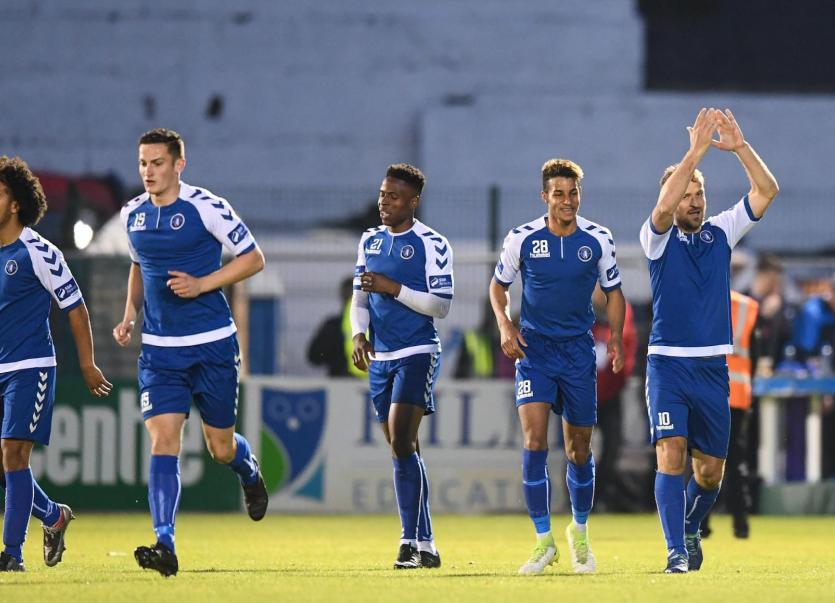 LIMERICK FC took a massive step towards securing Premier Division football for next season following an impressive 2-1 win against their Munster rivals and champions elect Cork City at the Markets Field.

Cork started strong, coming close within the opening minute but Robbie Williams could only watch on as his header was cleared off the line by Limerick’s Shane Tracy.

Despite this, Limerick were two goals up within ten minutes, as Rodrigo Tosi capitalised on poor defending from former Limerick FC defender Robbie Williams to chip the ball over Mark McNulty.

Minutes later, Shane Tracy doubled Limerick’s lead with a superb freekick into the top corner of McNulty’s goal to the shock of the large travelling support.

Watch Shane Tracy score a sublime goal from a free kick to give Limerick a 2-0 lead over Cork pic.twitter.com/DZWqcOnvMh

An unchanged Blues side ensured that Cork suffered their fourth defeat in their last six games but John Caulfield’s side can still win the league if they defeat Dundalk on Monday. Limerick’s win takes them five points clear of the relegation zone and gives Neil McDonald’s side a huge confidence boost heading into next Friday’s FAI Cup semi-final against Cork in Turner’s Cross.

"It's the best I've seen Limerick play" Dave Barry full of praise for the home side so far pic.twitter.com/8JamH4WZm7