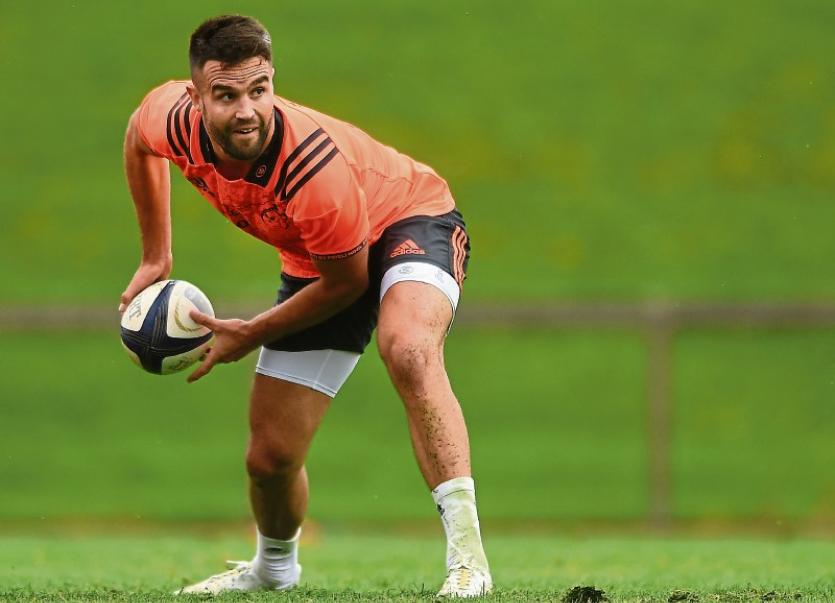 MUNSTER, Ireland and Lions scrum-half Conor Murray admitted that while his initial reaction to news of Rassie Erasmus and Jacques Nienaber’s impending departure was one of ‘frustration’, the province needs to be grateful for what the South African pair have done during their tenure.

Murray, who played a starring role as the British and Irish Lions secured a Test series draw in New Zealand this summer, is expected to return to competitive action for Munster in Saturday week’s Guinness PRO14 clash with Cardiff Blues in Thomond Park.

The 28-year-old was on holidays in the USA when news broke that Director of Rugby Rassie Erasmus and defence coach Jacques Nienaber will leave the province at the end of the year.

Murray, who was presented with the Limerick Leader Senior Sports Star Award for July at the Radisson Blu Hotel, said Erasmus and Nienaber had been building something ‘very special’ at the province.

Murray said: "With the big things that happen, you remember where you were. It was frustrating at the time because they have built something really special here and to hear the news that we are to lose them was initially very frustrating, but you have to be grateful for what they have done for us.

”They have turned the corner with us, turned us around and we are a squad now that believes we can do really good things and just because we are losing coaches we are the players who went out and performed like that, there is no reason why we can't do that with Felix (Jones) and Jerry (Flannery) and whoever else might come in down the line.

"They are leaving for their dream job. Initially you were probably kinda angry with them 'why are they leaving us in the middle of the year', but it is their dream job, their country is calling them.

”You cannot begrudge them that.

"Everyone has dealt with it and is moving on and trying to keep a positive spirit and it is definitely positive. There is a massive buzz around the squad. I think the squad of players we have is really impressive.”