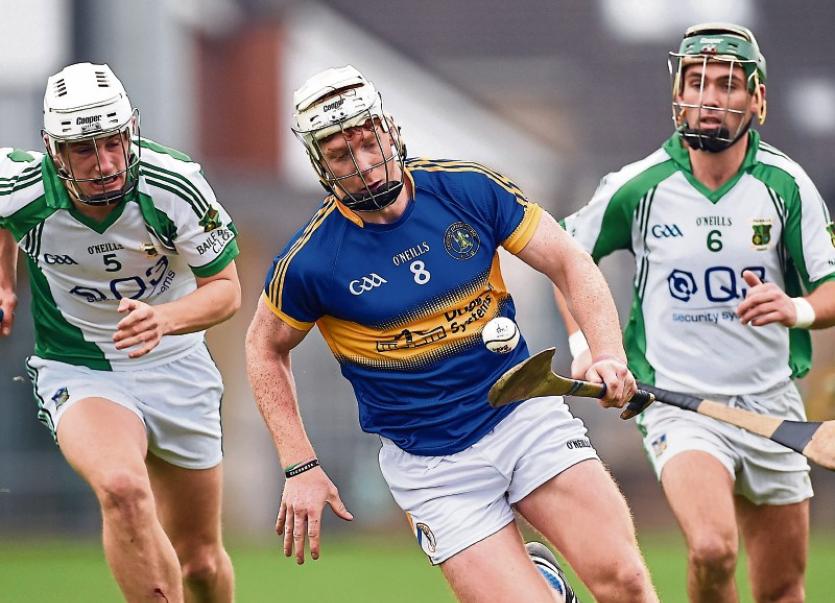 CHAMPIONS Patrickswell were held to a draw this Saturday evening in the quarter finals of the Limerick SHC.

While it was eventually Ballybrown free-taker Alan O’Connor that forced a replay with Patrickswell, Gary Kirby’s champions trailed for much of the second half until a late run of four successive scores.

Bit of handbags at final whistle should make for interesting week in parish ahead of Limerick SHC quarter final replay #LLSport #hurling pic.twitter.com/ZUn2XMBS39

When these sides met in the county final last season, The Well were 19-points winners.

Patrickswell were 0-9 to 0-7 ahead at half time in the Gaelic Grounds with Aaron Gillane, Mark Carmody and Andrew Carroll among the scores.

Mark Sheehan, Stevie O’Reilly and Ross Griffin had Ballybrown scores in a half in which the sides were level on three occasions.

A Mark Sheehan goal in the fourth minute of the second half put Ballybrown ahead for the first time, 1-8 to 0-10.

Points from Lee Doolan, Man of the Match Ross Griffin and O’Connor followed as Ballybrown led 1-12 to 0-11 with just over 10-minutes to play.

Then came the Patrickswell fight-back with Gillane, Cian Lynch and Kevin O’Brien getting scores.

Byrnes then looked to have won it in the 62nd minute but in the fourth minute of injury time a sixth pointed free from O’Connor ensured a replay and that Kilmallock await to learn their semi final opponents.

FT: Patrickswell 0-18 Ballybrown 1-15. Fine free from Alan O'Connor to level things up! They'll have to do it all again. #LimerickGAA pic.twitter.com/aEGA8E7tjG