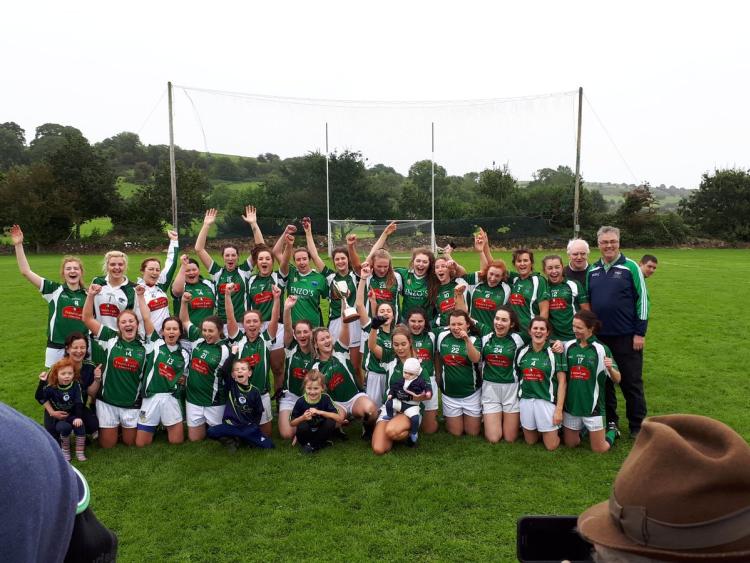 AN early alarm call was made worthwhile for Gerald Griffins this Saturday morning as they were crowned Limerick junior ladies football champions.

The west Limerick side defeated city outfit Groody Gaels 4-7 to 3-5 in Knockainey, in a 9am county final fixture that had raised many eyebrows.

The city club had requested an alternative date, due to players involved with rugby, but with no agreement the Limerick Ladies Football County Board scheduled the final for 9am in an attempt to allow both clubs be at full strength – the Groody Gaels players are to play rugby in the afternoon.

With the final in Knockainey, it meant an early morning journey of an hour for Gerald Griffins and just over half an hour for Groody Gaels.

Despite all pre-match headlines, this was a most entertaining final played in front of a fine crowd.

After losing the last two finals, the girls from the Loughill-Ballyhahill parish brought a 3-6 to 2-4 lead into half time. The winners had goals from Ciara O’Donnell, Amy Hanrahan and Avril Dalton, while Ashling Duhig and Maeve Higgins had goals for the St Patricks-Monaleen girls.

The city side dominated much second half possession but couldn’t find a way past a defence, led by Player of the Match Sandra Healy.

Dymphna O’Brien sealed the county title with a second half goal – she finished with 1-6 (1-3frees).

Bruff hosts a double-header of Limerick Ladies Football finals this Saturday afternoon. At 2pm is the intermediate final between Athea and St Brigids and at 4pm is the senior final between three-in-a-row chasing Ballylanders and Monagea.

*See the print editions of the Limerick Leader for full match reports and photographs from all three county finals.