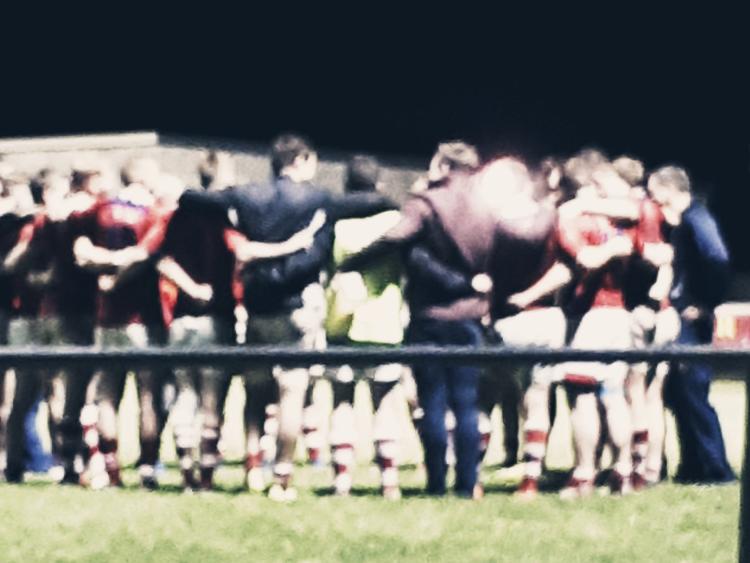 The UL Bohemian squad chat after their win over Nenagh Ormond

LIMERICK clubs UL Bohemian and Bruff both recorded wins in the Bank of Ireland Munster Senior Cup this evening.

UL Bohemian will face the winners of Midleton and Old Crescent (who meet tomorrow) in the quarter final following an 18-13 win over Nenagh Ormond in Nenagh this evening.

Meanwhile, Bruff's 24-0 win over Sunday's Well, sees them straight into the Munster Senior Cup semi final, such is the nature of the competition this season, following a re-draw of the original format last week.

The game in Nenagh was a game of two halves. The home side race into a 13-0 lead at the break thanks to two Clayton Stewart penalties and a push over try, touched down by Nick Irwin, who played well at nine behind an impressive pack.

The second half started at a flying pace and the students from UL Bohemians came back into the tie with a well worked try from impressive winger Ger O'Connor. The left winger won a foot race with Nenagh Ormond's Dave Gleeson to touch down a kick through from Robbie Bourke.

Bourke, who played at full forward for Adare in their win over Ballylanders last night in the Limerick Senior football championship, was once more the hero as he ran in an intercept try after 60 minutes to put Bohs in the lead for the first time.

The Ian Condell side did not look back, shutting out their opponents in the second half and relying on the boot of Bourke and their superior discipline and conditioning to seal the 18-13 win in front of a large Tipperary crowd.

Meanwhile, Bruff's 24-0 win over Sunday's Well at Kilballyowen, was secured by tries from Tony Cahill, Odhran Ring and a penalty try. The other scores on the night, which saw the county side lead 17-0 at the break, were from the boot of David O'Grady who scored a penalty and two conversions.