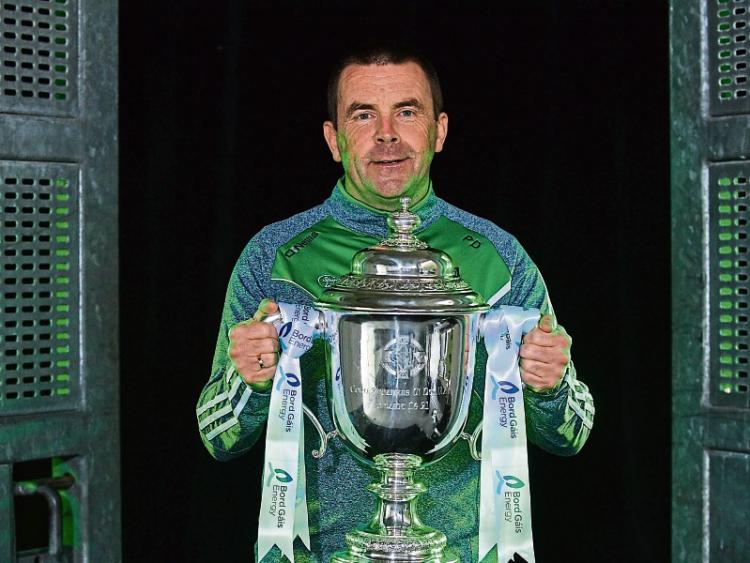 LIMERICK have won four games already in this season's under 21 championship. Their manager has barely raised a smile. The reason for this coolness? ‘Process over performance’ and a harsh Ladies football lesson.

“I was coaching St Ailbe’s in the 2010 Ladies county football final. We had a young team and I was possibly over excited on the sideline. I got involved in a few things I should not have and Shane Florish sent me outside the wire. The whole team performance fell apart after that as the players lost focus because of what I was doing. I swore then and there it would not happen again” admitted Donnelly this week, ahead of his first U-21 final as manager who has remained a picture of calmness as Limerick have looked unstoppable on their quest for a sixth All Ireland crown at this level.

“To be honest, we work from game to game and we said that from the start. We have to stay focussed on what is next all the time.” admitted the panelist on the Limerick Minor All Ireland squad of 1984.

Limerick's performances this season has been built on squad depth and the use of their bench. Coupled with an under 25 Munster championship win, Donnelly has created competition for places across the entire starting fifteen.

“We were guilty of even ridiculing the under 25 championship ourselves when we first heard about it, but then we saw it as an opportunity.

“We used our full panel in that and by winning it, it showed the lads coming back, that this was a seriously strong panel. Whether they liked it or not, they were having to come back into a camp where the standards were high and everyone wanted to be involved. There was a bit of pressure on them then to perform”

Donnelly, who has come up through the Limerick academy as a coach, maintains that honesty is the best policy with players, when it comes to keeping everyone's expectations met.

“I have said this since I was in with the Under 14’s. I don’t care if you are from South Liberties or South Africa, if you are good enough and you are hurling well enough, then you will play, you will get your opportunity.

“To be honest, a few lads had not bought in the panel earlier this year. It took a while for them to buy into that philosophy. There is now great competition for places in the team because of it. Going back to that under 25 win over Waterford. Fellas began to realise that it was not going to be easy to get on this team. They started to tune in more as the weeks went on”

The confidence that Limerick have shown in disposing with Clare, Tipperary, Cork and Galway this season, has been down to the process of winning, over the performances of the results according to Donnelly and his back room team.

“The coaching philosophy we have is that it is more about the process than the outcome. Mikey Kiely has been phenomenal in that area. He is very well organised and he trains the team in match specific drills and scenarios. Maurice O’Brien coming in this year, coupled with Brian Foley who was with me at minors, are huge additions to Limerick hurling. They are cool customers around the players in the dressing room. They are great to get a message across to the players too”

Limerick are favourites for the game at the home of hurling on Sunday, but Donnelly is very wary of what Kilkenny can bring, particularly in a final.

“I have seen their games. They are very strong down the middle. They do tend to change their team up a little from game to game. We went to see their reserves team play and they have a very strong panel like us. The spine of the team is where they are most potent.

“I think we would have more pace than them to be honest. We are a very very strong team and I fully believe that if we play to our best, then it will take a very very good team to beat us. If we perform, I think we will win”

The final words are left to Donnelly - “ Three years they have waited for this opportunity. All we can ask for is that the lads go out and do what they do”