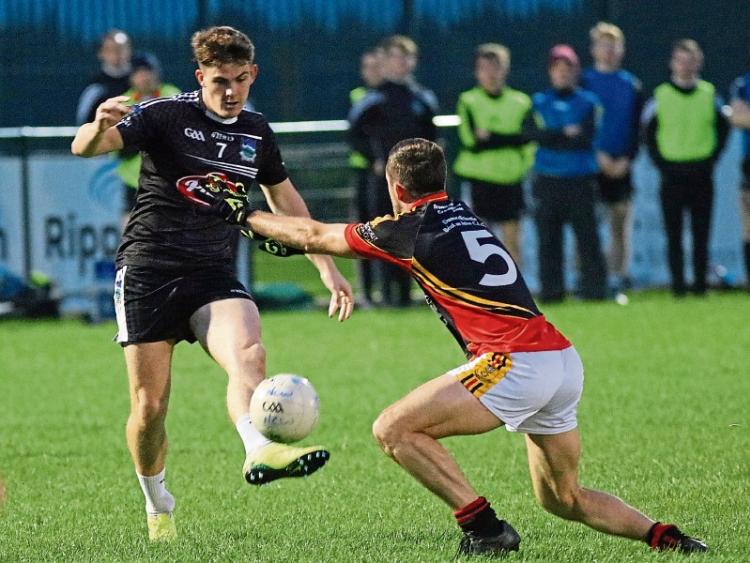 NEWCASTLE West retained the Limerick Division One Football League title this Tuesday night with an impressive second half showing to overcome rivals Dromcollogher-Broadford, 1-10 to 0-5.

In a repeat of last year’s final, Joe Lee’s Newcastle West were 0-5 to 0-3 ahead at half time but powered over the winning line in the final quarter in particular.

Both sides were pretty much at full strength in Mick Neville Park in a league final that was ideally timed for the two Limerick SFC semi finalists who await the respective winners of this Thursday’s championship quarter finals.

While scores were scare this league final was a pacy and physical encounter with a string of top quality saves from both goalkeepers among the highlights.

Drom-Broadford had the early initiative and led 0-3 to 0-1 after 12-minutes with Pat Donnelly, Kevin Noonan and Garrett Noonan all pointing from play for Mike Fahy’s men.

But they were to score just two more points in the remaining 50-odd minutes of action.

Diarmuid Kelly had the opening score of the game but then Newcastle West had to wait 12-minutes for their next point – Stephen Kelly on the mark.

The started a fun of four points that was to give them a two point interval lead.

Just like the first half, Newcastle West were off the mark inside the opening minute in the second half.

Micheal Brosnan and Derry McCarthy replied to that Jamie Lee score and the game was finely balanced, 0-6 to 0-5 with 20-minutes to play.

Lee and captain Iain Corbett points moved Newcastle West clear but there was still only a goal between the teams entering the final minute.

The magpies then put the icing on the cake with a Corbett point and an injury time Stephen Kelly goal.