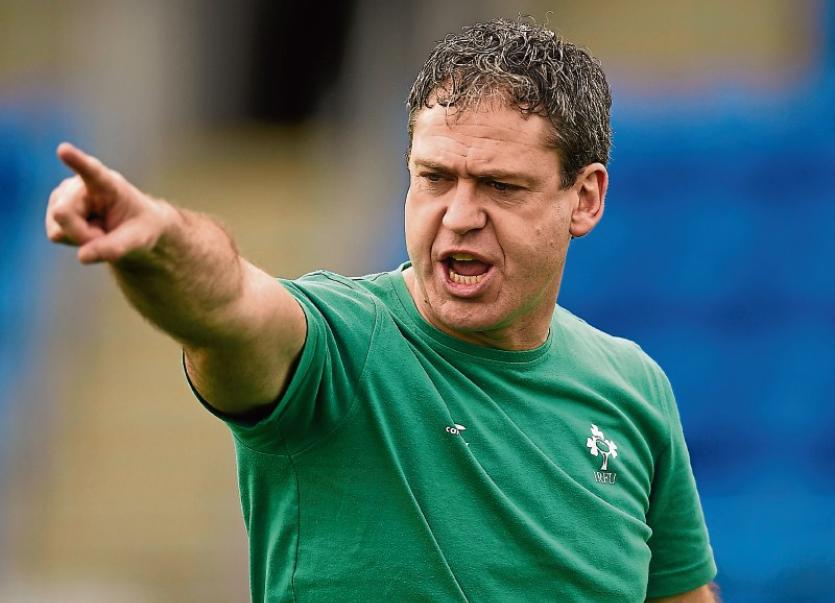 IRELAND'S Womens Rugby coach Tom Tierney has this weekend confirmed he has coached the side for the last time.

Speaking to RTE after his side's 27-17 loss to Wales which saw Ireland finish eighth in their ‘home’ World Cup, the former Munster scrum half admitted that his three year contract was up and that he would not be taking charge of the senior women's side again. A side which now has to qualify for the next World Cup, such was their end position.

"No, it's my last game as head coach of the Irish women's team. I've had three great years. (I'm) very, very proud of what I've done.

"It wasn't an easy job to come into. We've brought through a lot of good players and a lot of players who can play international rugby.

"Unfortunately, we don't have enough yet and where we are now is where we deserve to be from a quality level. But very, very pleased with my three years and it's on to something else now."

The Limerick Leader understands that Tierney will remain on with the IRFU in a full time role, with the former Leicester Tiger expected to take up a position with an Ireland, under age, representative team.

The news of Tierney's retention comes just days after former Irish international Ruth O'Reilly, in an Irish Times interview, criticised Tierney's coaching, while also claiming that the Limerick native had ‘lost the dressing room’ ahead of the RWC.