Munster Rugby name side for friendly against Worcester Warriors 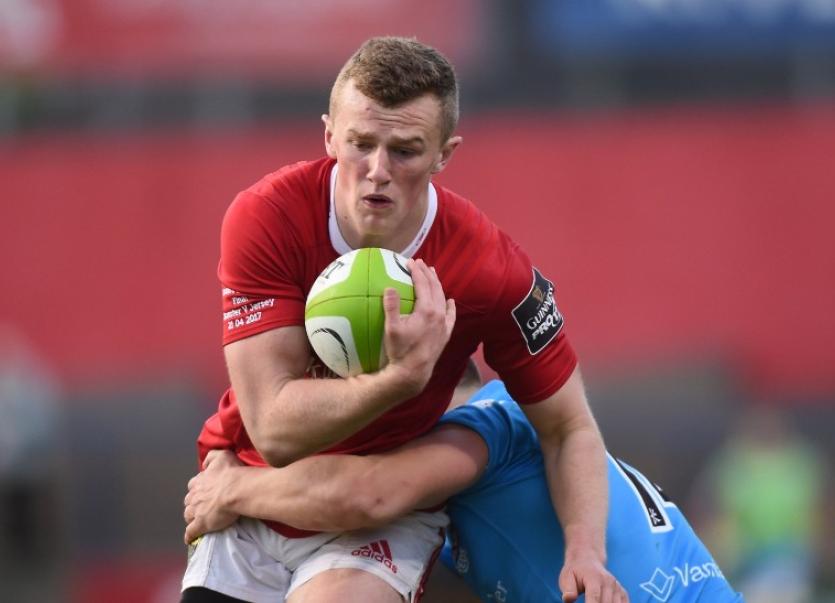 MUNSTER'S Director of Rugby Rassie Erasmus has named a strong side for tomorrow evening’s preseason friendly away to Worcester Warriors at Sixways Stadium – ko 7.30pm.

Liam O’Connor, who made his competitive debut against Stade Francais in January 2016, is named in the front row alongside Rhys Marshall and Stephen Archer.

In the second row, Jean Kleyn makes a return to action and  is joined by his fellow countryman, Gerbrandt Grobler, who makes his first start.

Internationals of Billy Holland, Tommy O’Donnell and Jack O’Donoghue are in the back row.

Duncan Williams and Tyler Bleyendaal resume their partnership at half back, with midfield powerhouse Jaco Taute forming an all-new partnership alongside new recruit Chris Farrell, another named in his first official matchday side for the province.

In a youthful looking back three, Alex Wootton and Darren Sweetnam, are joined by fullback Stephen Fitzgerald.

Former Sale Sharks and England U20 prop Ciaran Parker is named on the bench, as is new man James Hart from Racing 92.

Garryowen hooker Mike Sherry makes a welcome return to a matchday squad, overcoming the back injury that has kept him sidelined since May 2016. Also named on the bench are club players James Rochford (Dolphin) and Ronan Coffey (sub-academy and Shannon) following their inclusion in preseason training to date.

Meanwhile, Worcester have today confirmed that both Donnacha O’Callaghan and Peter Stringer will face their former side with O’Callaghan to lead the Premiership  outfit from the second row and Stringer to start at scrum half. Click here to view the full Worcester side to face Munster.