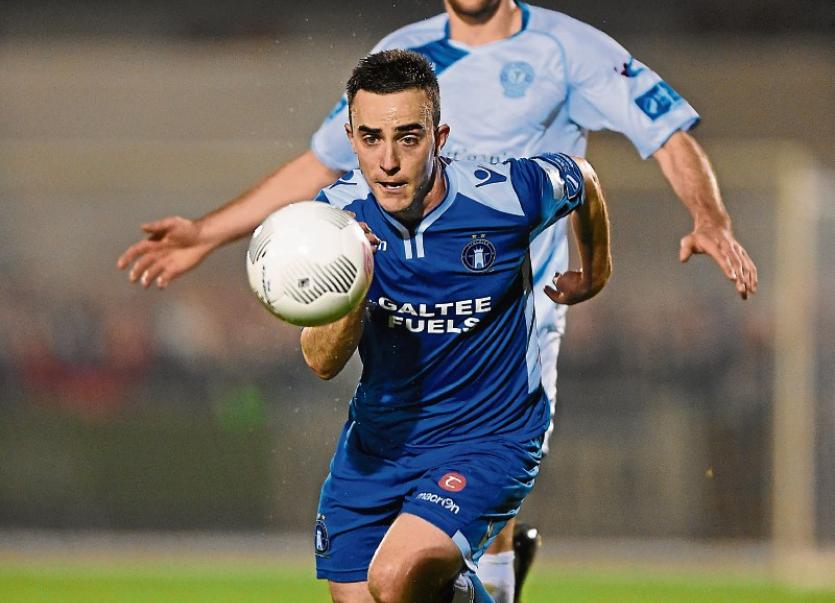 LIMERICK FC have awarded the club’s longest serving player Shane Tracy with a testimonial game which takes place on Saturday, September 16 at the Markets Field, 6.30pm.

A Shane Tracy XI including past players who he has played with over the last 10 years will take on the current Limerick FC squad in a game that will see a percentage of the proceeds going towards Tracy's chosen charity, the Assistance Dog Programme at the Irish Guide Dogs.

"I am hoping to get a bit of a rapport from the fans for the first Division that we won in 18 years with the lads coming back in.

"I've been in touch with Paddy (Purcell), Stephen Bradley and Joe Gamble. Players that were part of that First Division that we won the first time around, a couple of years ago."

Tracy expressed his delight at the announcement of the game in a league where long-term contracts and player loyalty are a rarity as the Limerick native looks back on his local club's impressive progress in recent years.

"When I first came in we were mid-table First Division and now all of a sudden we are mid-table Premier Division ten years later.

"You can see the support the club is generating now so I can't see why it can't progress on again from here," added the 28-year-old former Arsenal youth player..

Children will be allowed free entry and it will be €10 entry for adults with events taking place afterwards at the Castletroy Park Hotel.

In other Limerick FC news, Neil McDonald's side will face a trip to First Division side Cobh Ramblers in the opening round of the Irish Daily Mail FAI Cup, with the tie to be played on the weekend ending Sunday, August 13. The Blues will travel to Coleman Park in a tough fixture against Stephen Henderson's young team who will be focusing on a cup run following defeat to runaway First Division leaders Waterford at the weekend.

Information for the Jeff Power Memorial Soccer Tournament have also been announced. The annual competition takes place at the home grounds of Summerville Rovers on Saturday August 12 with proceeds from this year's tournament going towards the "95 Stop Tour".

The two beneficiaries are The Children's Ark Unit including the Neo Natal Unit at the UHL and CARI Limerick.

Hosts of the charity event are hoping that this year's memorial tournament will match last year's procedures where €7,000 was raised for local charities.