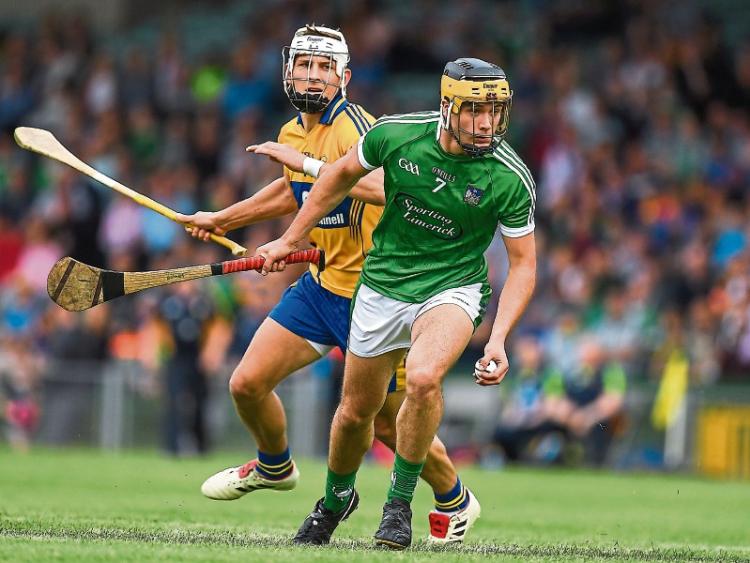 LIMERICK emphatically booked their place in the Munster U-21 Hurling Championship Final with a 13-point semi final win over Clare.

The big win books a Wednesday July 26 final against Cork or Waterford in a final, which will be played in the Gaelic Grounds.

Aaron Gillane was one of many stars with 14 points – eight from play.

Limerick played with the aid of the breeze and were 1-14 to 1-5 ahead at half time after a superb opening 30-minutes in front of an attendance of 5,577.

It was a half that saw Aaron Gillane hit six points from play, on top of two pointed frees.

Thomas Grimes, the only change to the team from the 11-point quarter final win over Tipperary, opened the scoring after 35-seconds.

He was to be one of seven different Limerick scorers from play in the half, in which Clare played the opening 20-minutes with Ben O’Gorman as a sweeper.

Limerick were the hottest of 1/10 favourites but by the 10th minute they already looked every bit those odds with a 1-7 to 0-2 lead.

The goal came in the fifth minute from Peter Casey to move Limerick 1-5 to 0-2 clear.

The scores just kept coming and by the 15th minute Limerick were 1-11 to 1-2 ahead with Billy Connors getting the Clare goal in the 10th minute.

The lead was out to 11-points approaching half time but Clare did hit the last two points.

It was a half in which Limerick hit six wides – two of those were shots for further goals. Clare had seven wides.

Limerick did’nt score in the final nine minutes of the first half and in the second half went nine minutes at the start of the half without a score.

Tom Morrissey did reopen the scoring after 35-seconds and indeed it could have been a goal but then came a barren spell.

And, it was a spell when Clare hit five unanswered points to reduce the lead down to 1-15 to 1-10.

But the Limerick response was impressive with four quick-fire points.

Colin Ryan was among those scores and was to score three points from play in the next few minutes as Limerick went out to 1-23 to 1-13 clear with eight minutes to play.

By the end Limerick had 11 different scorers on the board with Cian Lynch, Paudie Ahern and Ronan Lynch getting late scores.