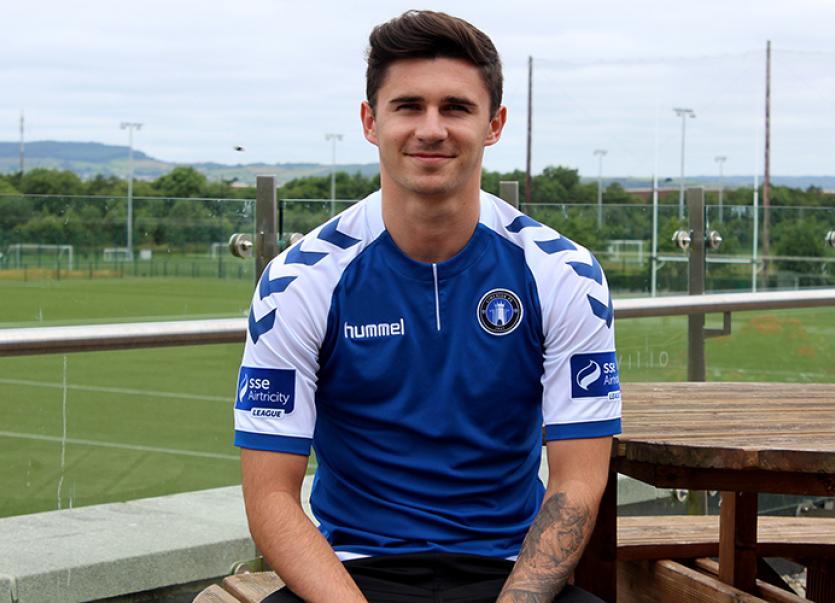 Limerick FC have today announcde the signing of New Zealand international winger Henry Cameron. The two-times capped 20-year-old arrived on Shannonside earlier this week and has penned a deal until the end of the 2018 season.

Cameron will wear squad number 31 and the club are hopeful that his registration will be cleared in time for Friday’s SSE Airtricity League Premier Division trip to Galway United.

Cameron spent ten years at Blackpool and made his debut in the English Championship at the age of  just 17.

“I can’t wait to get started now,” Henry told LimerickFC.ie, before explaining how the move came about. “I was at the Under-20 World Cup and the gaffer called me; he asked me if I wanted to come over and, to be fair, it was a yes straight away because I wanted to work with him again.

“He was brilliant. Personally, he was really good for me because he knew how to manage me and he got the best out of me.”

Asked what supporters can expect to see from him and his hopes at Limerick, Henry added: “I think I bring a lot of pace to the team, direct play, crosses into the box and obviously hopefully a lot of goals. Hopefully, I’ll get a lot of game-time, put good performances in and help the team to finish as high as we can.”

Profile: Cameron (DOB: 28 June 1997) is a Lancashire-born winger, who can play on either side. He worked his way up through the ranks at Blackpool where he signed a professional contract in January 2015, making his senior debut later that month when starting a Championship win over Brighton & Hove Albion.

A regular at Blackpool, Cameron suffered a season-ending injury when making his international debut for New Zealand in a 1-0 friendly win over Oman in Seeb on 13 November 2015. He won his second cap in a 1-1 friendly draw with the United States in Washington last October.

Last January, Cameron joined National League North club Telford United on a short loan deal before ending his long association with Blackpool at the end of the season.