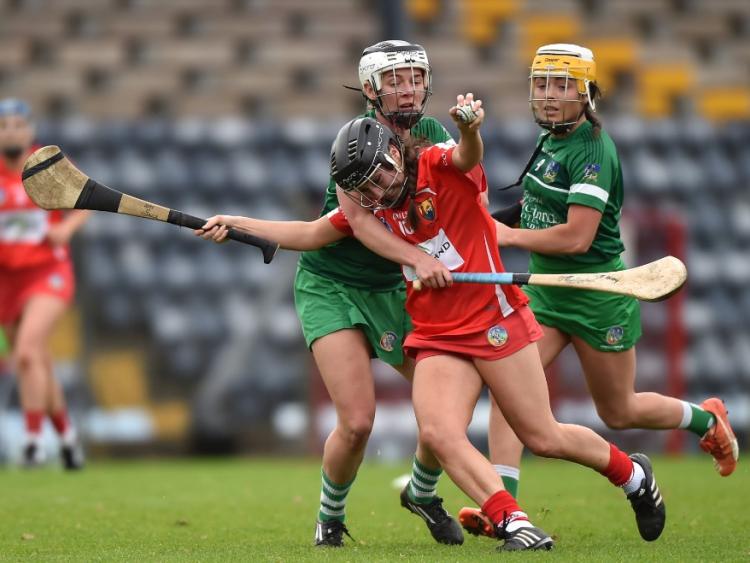 Amy O'Connor of Cork in action against Fiona Hickey of Limerick

THE LIMERICK senior camogie have left themselves in a must win situation from their final two group games of the 2017 championship.

A heavy defeat to Cork last weekend in Pairc Ui Rinn, sees Limerick without a win from their opening two games of the championship.

With Tipperary next up on Saturday afternoon at 2.30pm in the Ragg, John Tuohy's side know that another loss would end their hopes of a quarter final spot.

It is  Cork who are setting the early pace in Group 2 , making it two from two in surprisingly easy fashion as they dispensed with Limerick by 1-27 to 0-11.

The Rebel's margin of victory was a surprise  as Limerick had gotten the better of them in the Munster Final earlier this season.

Ahane's Niamh Mulcahy scored seven points for the Shannonsiders but they were never in contention in what was a one sided game from early on.

Cork are in the driving seat now for a place in the knockout stages and will be targeting direct qualification to the semi-finals.