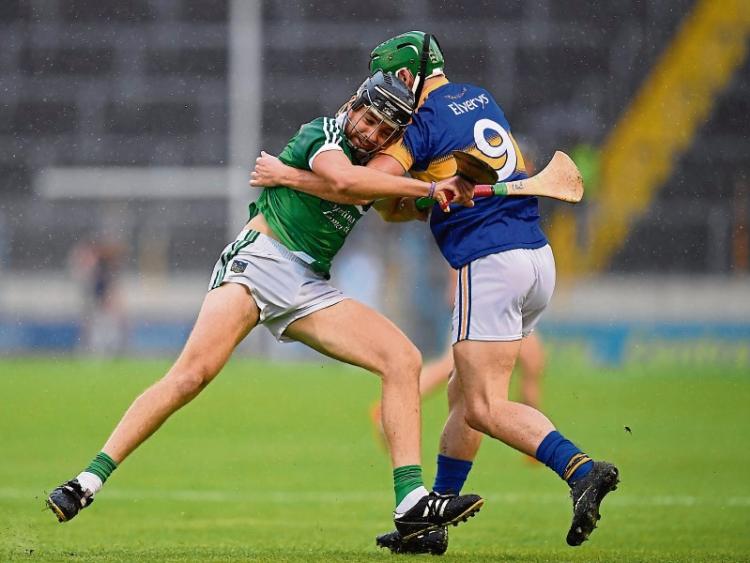 TEN members of Limerick’s 2015 All Ireland U-21 winning panel will backbone Limerick’s efforts this Thursday evening in the Munster U-21 hurling championship opener with Tipperary.

Indeed six were starters in the All Ireland final two years ago - Cian Lynch, Sean Finn, Colin Ryan, Barry Nash, Ronan Lynch and Tom Morrissey, while Peter Casey was introduced during the emphatic final win over Wexford in Thurles.

Limerick are captained by Ahane’s Tom Morrissey, who is one of the nine members of the county senior panel on U-21 duty.

”We are under no illusion - Tipperary were in the last two All Ireland minor finals, won one and lost one, so they are going to come with a new batch of players they may not have been there three years ago,” said Limerick U-21 manager Pat Donnelly. An All Ireland U-21 winner on the field of play in 1987, Donnelly’s selectors are Adare’s Brian Foley, Mikey Kiely (Ballybrown) and Maurice O’Brien (Garryspillane).

“They haven’t any seniors and the work that you can do without an interference can be phenomenal but we hope the lads coming in for us with all the senior experience and training can drive us on,” said the South Liberties man.

“They are good lads and have been in the system and all now eachother and hopefully on the we can get the balance right of tactics – we played Laois last Tuesday and the Limerick seniors before their Clare match.”

It’s a Limerick U-21 team that includes three teenagers – Peter Casey, Kyle Hayes and Josh Adams. Hayes and Adams played in the All Ireland MHC final loss last September in Croke Park and are both named in the half back line.

Limerick have worked with a 39-man U-21 panel with 27 players getting action in the U-25 title winning run over Clare and Waterford, while a further seven played in the Munster SHC loss to Clare.

None of last Sunday’s Munster U-25 winning team make the U-21 starting 15, but seven of the eight substitutes come from Sunday’s matchday winning set-up.

This is the third successive season that Limerick and Tipperary meet in the Bord Gais Energy Munster U-21 Hurling Championship – Limerick winning in 2015, but losing last year in the semi final.

Limerick enter Thursday as favourites by virtue of their Munster minor title win of three years ago - this Limerick group beat Tipperary (3-17 to 2-11), Cork and then Waterford after a replay to win back-to-back provincial title for the Brian Ryan managed side. They progressed to the All Ireland final, losing to Kilkenny, 2-17 to 0-19.

Six of that starting minor team from the All Ireland Final, aren’t in Thursday’s U-21 team with four of the six listed among the substitutes.