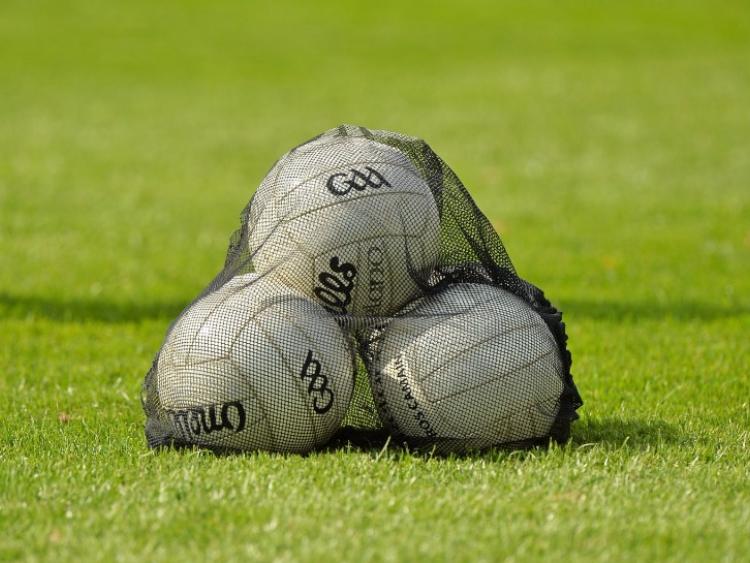 COUNTY football champions Monaleen have extended their unbeaten run in Limerick club football to 10 games. The Muiris Gavin coached side defeated Na Piarsaigh 0-10 to 0-8 tonight in Claughaun, having played over 40 minutes with 14 men.

Daniel Enright, playing at wing back, was given his marching orders by referee Paddy Lyons in the 22nd minute for an off the ball incident. The Limerick champions dug deep however to secure their third win of the season and all but book their passage into the knockout stages.

Limerick star Ger Collins chipped in with three points, while Limerick under age hurling star Alan Nicholas, making his senior debut this evening, shone at wing forward with three points of his own from play.

Na Piarsaigh will feel they left this one behind them. Leaving their 11 wides aside, they led by a point with 7 minutes to go. Indeed Monaleen and Limerick keeper Donal O’Sullivan kept his side in the game with a brilliant foot save, before Daniel Power and Evan Quinlan (2) kicked points to keep the champions on the march.

In Group 2 tonight, St Kierans defeated St Patricks to go second, while Ballylanders defeated Oola by two points to secure their second win of the championship. One game remains in Round 3 of the Championship, as Newcastlewest will face Ballysteen in the Bog Garden tomorrow night (Saturday) at 7.30pm. For more on that game, follow our hashtag #LLSport.

For more on all of tonight’s games and other sports news from around Limerick, see Monday’s Limerick Leader newspaper.