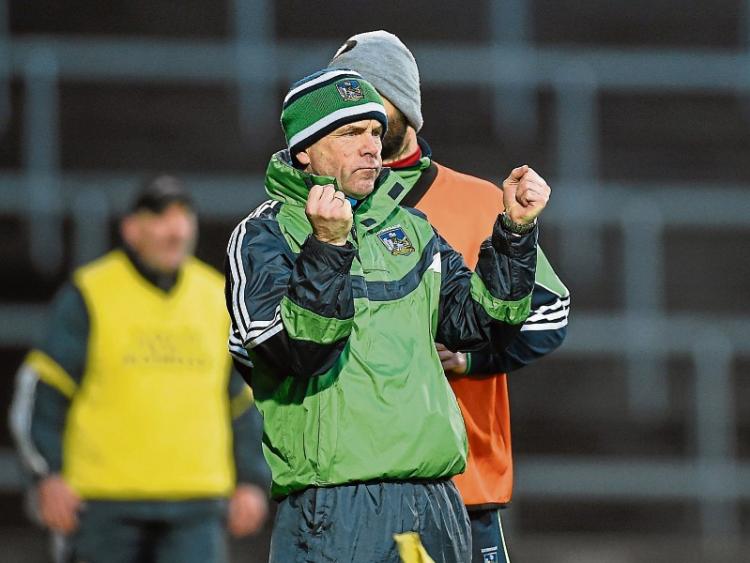 LIMERICK'S best chance of winning silverware in 2017 will rest with the U/21 hurling team, who start their championship next week against Tipperary.

Much will be expected of this team given that the foundation won back to back Munster minor titles in 2013/14 and also lost the All Ireland final.

The base of players would suggest that Limerick are the front runners not only to beat Tipperary, but also strong favourites to really challenge for provincial and All Ireland honours.

Limerick have done a lot of work and played a number of games over the past couple of months and that should stand to them in the Gaelic Grounds next week.

This is an important match for the entire GAA setup in Limerick because morale is at a low ebb after the poor recent form of the senior hurling team in both league and championship.

A lot of the current U/21 team will have spent the winter as part of the senior set up and that should stand to them. Players like Barry Nash, Peter Casey and Kyle Hayes will be to the fore and for that reason most supporters would feel they will be very hard to beat.

Hayes has played a number of games at centre back and this will not phase him as he is well at home here playing for his club Kildimo/Pallaskenry.

Pat Donnelly has moved up to take charge of the U/21 team and on paper he would appear to have a very strong team in front of their home crowd.

We can of course expect Tipperary to put in a big challenge but if form lines from underage stand up then Limerick would appear to have the edge. That said players can develop greatly from minor level and it will be interesting to see if they have closed the gap.

Limerick have done a lot of work in preparation. Challenge games against Cork, Dublin, Offaly, Limerick seniors and a game against a club team from Kerry will have them flying for this game.

Two years ago Limerick won the All Ireland without going outside of a Munster venue but they were disappointing last year. Saying the players were tired was a bit rich to say the least but from a preparation point of view Limerick have had a good run into next weeks game.

Tipperary beat Limerick last year and gave loads of it to a good Waterford team in the Munster final.

They are managed by Willie Maher, the same man that managed them to All Ireland minor success in 2012. Maher is very well respected as a coach and any team he turns out will be really well drilled. Tipperary will have a young enough team and from that point of view Limerick will have more experience at this level. Limerick gave Tipperary a bit of a trimming when the sides met at minor level in 2014.

Tipperary will have had access to all of their players as only a few of this years U21 panel were involved in the Tipperary senior squad training panel. Players like Brian McGrath and Ger Browne from last years winning minor team that beat Limerick will figure in next week.

Tipperary are building a good team and if Limerick are off colour they will take advantage.

I travelled to Clonmel on the June Bank holiday Monday to see Tipperary play Cork in a challenge. Tipperary won that day but Cork were short some players due to their involvement with the Cork senior team.

It was a wet day for hurling but I could still see that many of this Tipperary team are good players and they use the ball well.

How Limerick place their team will be interesting. Eoghan McNamara will be in goal and the centre line might be Dan Cotter or Darragh Fanning. Kyle Hayes will be at centre back while Tom Grimes and Robbie Hanley will be at midfield. Cian Lynch may be at centre forward while Tom Morrissey will be at full forward. Others in the backs will be Sean Finn, Conor McSweeney, Colin Ryan and Ronan Lynch. Barry Nash, Aaron Gillane and Peter Casey will insure that Limerick have a very strong forward line.

A win over Tipperary would be a great start and it would also help to lift the support base around the county.

I look forward to seeing how many of these players have developed from minor to the U/21 ranks.

Yes we have seen many of them in club and other games but U/21 is a much better tool to gauge a players progress.

I looked back at the minor teams from 2013/14 this week and it is surprising to see how many lads have fallen off the stage. This has been a problem in Limerick now for sometime and it’s a great pity to see some talented players loose focus, interest and skill when they leave minor grade.

This Limerick U/21 team have played a lot of games and have trained hard, they are ready and they hold a fair few aces going down to Thurles. Players like Finn, Hayes, Cian Lynch, Tom Morrissey and Peter Casey have a lot of experience and I would expect to see them cause problems for Tipperary.

Limerick slipped up badly last year but I get the sense that there is more focus this time round. A win is all we want the margin doesn’t really matter and I hope the foundation to a good year at this level is put in place next Thursday week in Thurles.

I was in Ennis last Sunday and saw the Limerick junior footballers take a heavy defeat against Kerry. The gap in standards was huge and Kerry had this game under control before the opening quarter finished.

Limerick were miles away in standard and it was worrying to see just how far off they were in skills and fitness. While I am sure they had some sessions in preparation I didn’t get the sense at any stage that the Limerick players were up for this game.

The lack of urgency and work rate meant Kerry could do as they wished. On the evidence of what I saw last Sunday the Kerry junior team would be good enough to beat the Limerick senior team and indeed other counties.

The big difference in Kerry is that their players have buckets of natural ability and can blend as a team very quickly. In Limerick this grade doesn't get huge support in terms of preparation and from what I witnessed the players would need a huge amount of work. The majority of the budget is spent else where but sadly the return is very little.

Club action was to the fore in Limerick last weekend and the most uplifting news to emerge was the return of Diarmuid Brynes for Patrickswell. This was a big boost for his club but also for Limerick who await the draw for the All Ireland Qualifiers next Monday morning.

A knee injury has kept Brynes out of action now for some weeks but his return will be a major boost to the Limerick senior hurling management. Both Diarmuid Brynes and Gearoid Hegarty should be available for Limericks next game and that will be a major positive.

The draw will be very interesting and which ever way it falls Limerick will need to be ready in body but most of all in mind.

The hurling championship is wide open now and that was badly needed. Some big teams are going to fall over the next few weeks but I hope Limerick make it to the quarter finals because anything can happen from there.