Man of the match gives eye-catching display against USA 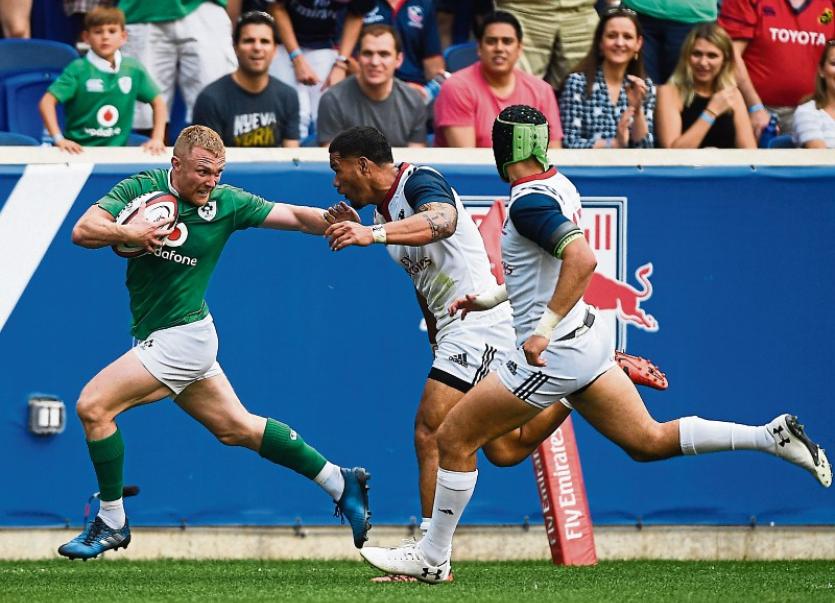 MAN-of-the-match Keith Earls scored two tries and had three assists as Ireland opened their summer tour with a 55-19 victory over a spirited USA side in New Jersey on Saturday night.

The Munster winger Keith Earls gained 208 metres with ball in hand from his five carries, making seven tackles and completing eight passes in his eye-catching display.

Earls two tries against the Eagles took his Ireland tally to 24 tries with  seven of those tries coming in this season alone.

The game also saw Munster centre Rory Scannell earn his first international cap as he joined his brother Niall on the pitch for the second half of Saturday's game.

Irish head coach Joe Schmidt handed debuts to five players, with Jacob Stockdale marking his first start with a try, while last year’s U20 captain James Ryan took less than 60 seconds to score after being put through by  Earls.

Ireland face Japan on Saturday next, 6am Irish time.