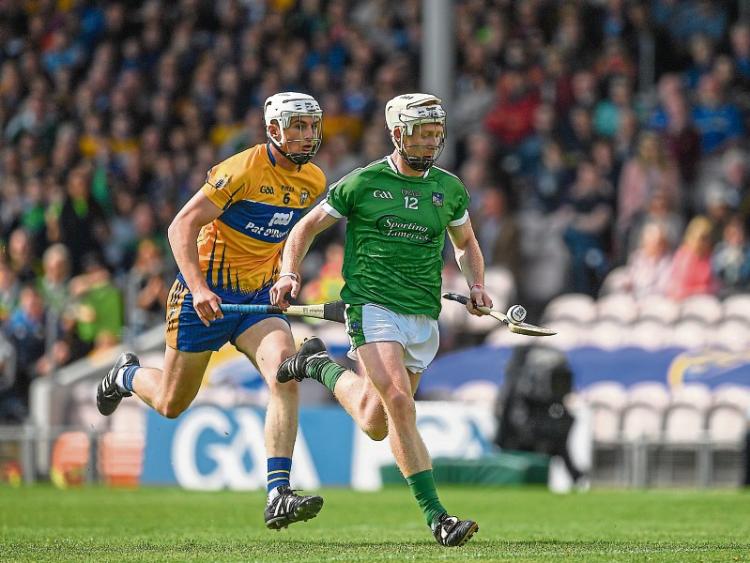 LIMERICK hope to welcome back a key injured trio for an assault on the All-Ireland SHC Qualifiers.

Vice-captains Diarmaid Byrnes and Gearoid Hegarty, along with William O’Donoghue all missed Sunday’s four point loss to Clare in the Munster SHC semi final but are expected to be fit when Limerick begin their route through the backdoor on July 1.

There will be four round one qualifier games on July 1 with potential opponents Kilkenny/Wexford, Galway/Offaly, Dublin, Laois or Westmeath.

Limerick have beaten Westmeath in round one of the Qualifiers for the past two seasons – losing in round two to Clare (2016) and Dublin (2015).

It is hoped that the injured trio can all be available for selection.

Byrnes will most likely play for his club Patrickswell this weekend in the Credit Union Limerick SHC, while Hegarty is also close to full fitness.

William O’Donoghue looks set to miss Na Piarsaigh’s game this weekend but should be back in training in mid-June.

After Sunday’s defeat, manager John Kiely wasn’t looking to use injuries or inexperience as an excuse for the result.

”I don’t want to lean on anything – there are no excuses. This was a Munster semi final and we had out best team out on the field that we had available today and so did Clare and Clare were the better team marginally, but better nonetheless,” he said.

“We have to go back now and regroup and that is going to be difficult,” he sighed.

”The game got away from us at the outset but we dug it back out and got it to a draw but let it slip again just before half time. I think the goals and the timing of the goals were crucial in teh outcome of the game,” he recalled.

”I would be happy with the overall application of our boys, the way they held their nerve, kept pushing and trying a crack in that Clare defence – we have a lot to build on,” he said.

His main concern was: “we conceded too many goals”.

”We left too big a gap at the out set. We made it really hard for ourselves but we responded really well and took the game to them and dominated for 10-minutes to level it up. I would have been happy with that but maybe we should have pushed on a bit more before the half time break but Clare responded,” he said.

In Sunday’s curtin-raiser Limerick defeated Clare 4-18 to 0-16 in the Munster U-25 Championship.