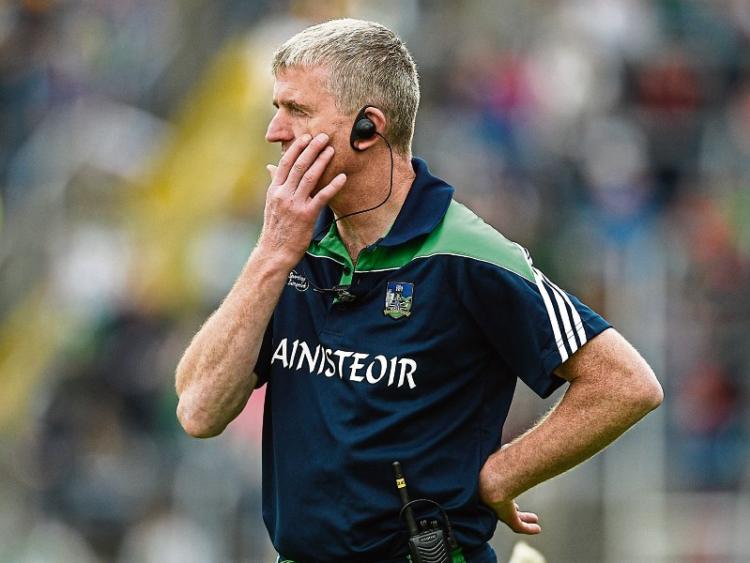 LIMERICK manager John Kiely has praised the resilience of his team in Sunday’s Munster senior hurling semi-final, but accepted Clare were ‘marginally better on the day’.

Limerick must now regroup for the All-Ireland qualifier series after suffering a four-point defeat to Clare at Semple Stadium on Sunday last.

“We just left them have too big a gap at the outset, the first quarter to twenty minutes. We made it too hard on ourselves, though we responded really well, we took the game to them and dominated there for maybe ten minutes, we closed the gap right up - it was eleven all at one stage.

”We would be very happy with that, probably felt we should have pushed on a bit more even just before the half-time break, because after coming back level, but Clare responded then, and that’s testament to their character as well, to respond when they’d been tested.

”They’d been in a very dominant position and left it slip,” recalled Kiely.

“We played with the breeze in the first half as well, which probably encouraged our fellas to shoot a bit more from further out, and that cost us a few points, or definitely cost us in terms of better ball going into the full-forward line, which sapped our confidence a bit too,” he said of 11 first half wides.

“It was five at half-time and we pegged it back. We were very resilient, I thought, throughout the game, we never gave up, we kept going and going and going, even when it was four or five points away we knew we were capable of getting a couple of scores.

”Hats off to our lads, they fought really hard and everyone contributed. Maybe we met a marginally better Clare team on the day, and had we been a little bit more efficient with our ball we could have put more of a squeeze on in that last quarter.

”It could have been a little bit closer, and it would have been interesting to see how that went then,” said Kiely after his first championship game as manager.