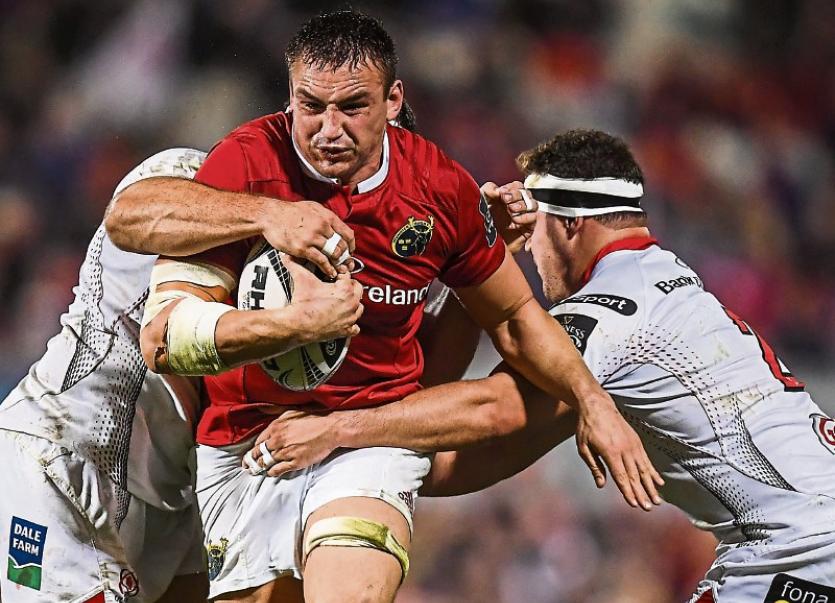 THE IRFU confirmed this Wednesday that Munster back row Tommy O’Donnell will miss Ireland’s upcoming tour to the USA and Japan due to an ankle injury.

With the squad due to fly out on Monday and the first Test taking place in New Jersey the following Saturday, O’Donnell’s spot on the Tour will now go to Ulster’s Sean Reidy.

Following their clash with the Eagles, Ireland will then travel to face Japan, whom they face in the pool stages of the 2019 World Cup, for two Tests in Shizuoka and Tokyo respectively.

O’Donnell was one of nine Munster players named in the initial Summer Tour squad with Rory Scannell in line to win his first Irish cap.

Joe Schmidt has named eight uncapped players in his squad with only five players boasting over 20 international caps. The side will be captained by Leinster’s Rhys Ruddock.