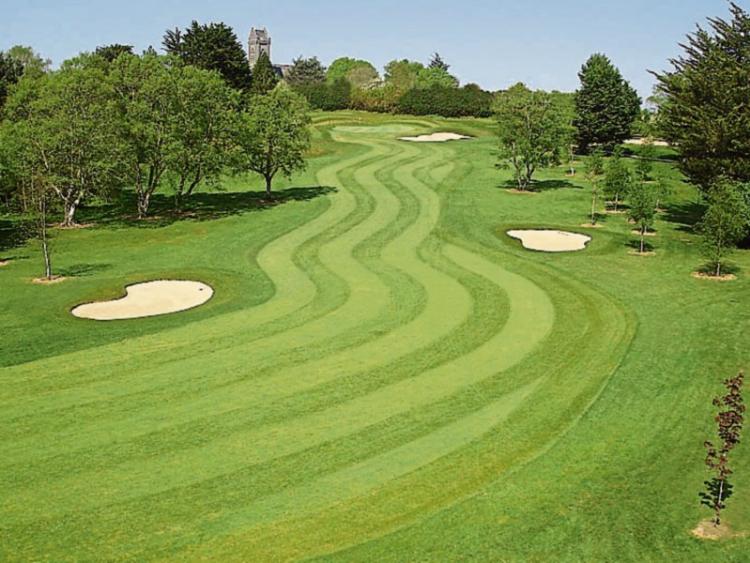 Mallow up-and-comer and former boys international, James Sugrue, left a strong field in his wake with excellent rounds of 72, 69 to win the Bank of Ireland sponsored, Castletroy Scratch Cup by three strokes.

The excellence of Sugrue's golf can be judged by the fact that he beat the standard scratch score of 148 by seven shots.

Nenagh's ever-consistent, Dave Reddan, pipped home club player, Dean McMahon for the runner-up spot on 144 by virtue of his better second round score. Adare's Red McDonnell and Limerick's Michael O'Kelly were next in line with totals of 146.

Cork's John Hickey completed the gross prize list with 147. The best gross score in the morning round was returned by Castletroy's John Hadnett (70). In the afternoon, Philip Spratt (West Waterford) was best with 72.

The Rich Get Richer

It pays to be rated a top-10 golf course judging by the greens fees that Ireland's top ten courses charge.

It's a case of the rich getting richer and the poor staying where they are, or even losing ground at the rate of €189 (average) - some higher and some lower. I am not even going to bother getting involved in any debate as to whether I agree or disagree with the top ten below as published in the international issue of Golf Digest.

My top ten would contain most of those usual suspects anyway. My point is that being named in the top-10 gives those courses a 'license' to charge top dollar and that's precisely what they do. After all they are aiming at the American market and it costs so much for the Yanks to fly over here, stay in our best hotels that the cost of the green fee as a proportion of the total package hardly registers.

But, it upsets a domestic market that can but dream of such an income. Local Golf Clubs are shooting themselves in the foot by not charging visitors 'at least double' what their own members pay for 18-holes. If they don't why would anyone join a Golf Club?

9. County Sligo high season and winter season €165 Saturdays and €145 Sunday to Friday and a day rate of €270 also. Very confusing!

The bottom line is that magazine's like Golf Digest publishing ranking lists does the ordinary golfer a disservice that is detrimental to his chances of ever aspiring to playing a game at the best courses.

Most golfers don't practice their putting enough. If constantly changing one's putter is a futile waste of money - don't look any further the clown who writes this column. I have always been putter-promiscuous.

I would have used an average of three new ones almost every new season for fifty years+. As I have gotten older and wiser, I now rotate the ones in my possession more.

Therefore, I can't help wondering about the latest golfing fad - the 'fatso' putter grip. Almost all of the new putters I see in the golf shops these days seem to have fat grips. At €40+ just for the grip, the cynic in me is inclined to think - it is a price driven phenomenon rather than technology driven.

They say that a fat grip 'takes' the hands out of the stroke. Why would you want to do that? A fat grip reduces feel and anyway, I try to putt ‬‬with my eyes -‬see the line and putt the ball in has always worked for me.

Over-complicating putting never works. A skinny grip that gives you feedback, good eyes and good hands is what you need to be a good putter.

That confuses me because I would be noted for my lack of DIY skills.