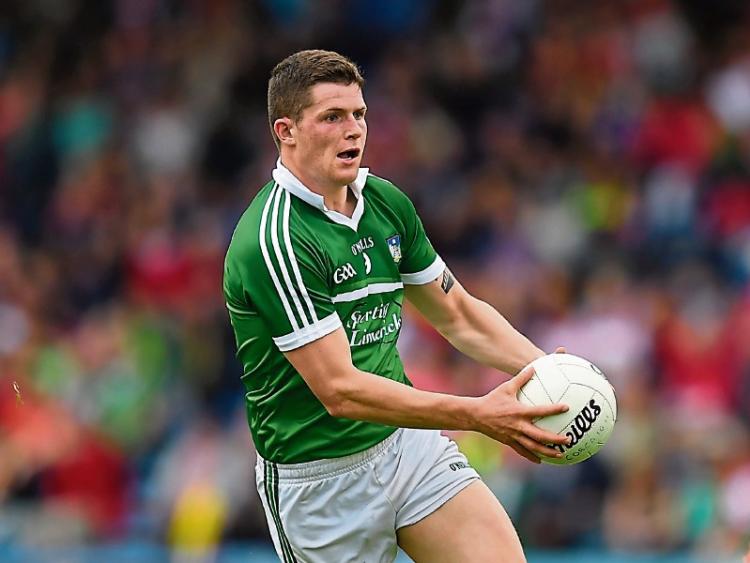 CAPTAIN Iain Corbett is one of just six members of the 33-man Limerick senior football panel to have played on Munster SFC winning team.

But the Newcastle West man doesn’t fear inexperience will cost his side in Sunday’s provincial quarter final in Ennis as Limerick go in search of a first Munster championship win in five years.

“The young lads have no real fear and going in on Sunday none of them will be afraid of the battle that is ahead of us,” explained Corbett in Mick Neville Park ahead of one of Limerick’s final training sessions.

”From the outside anyone looking in will expect Clare to win - it’s a Division Two team against a Division Four team but we will have pressure from within that we expect a performance from ourselves that we can go and have a crack off it and see where it takes us,” said Corbett.

“They are Division Two and we are Division Four but with the rivalry between the two teams and both sides knowing each other so well, I think you can rule out the league standings – both teams will fancy their chances,” said Corbett, who started his first Munster SFC game in the 2012 semi final loss to Clare.

Corbett and Limerick lost in 2012, 2015 and 2016 to Clare, but the captain is hoping a change in style can reap dividend this Sunday.

“This year we have just focused on our own performances and put a bigger emphasis on attacking and outscoring the opposition rather than stopping the opposition scoring. We have a lot more natural forwards named in the forwards and we play a more ‘football’ type of game,” he explains.

Last season, Limerick played Clare on the back of an 11-game run stretching over 14-months without a win. Ahead of Sunday, Limerick’s last four competitive games were victories.

”The league was a bit yo-yoing in our performances - the way that the fixtures came out we probably had the two toughest games first (Wexford and Westmeath). Performance wise was up and down overall. We had a bit of a break and looked at ourselves and to win the four games was encouraging and helped build up momentum towards the back end of the league. I know it’s Division Four but winning games is a habit and it is something that builds confidence especially with a lot of young lads around. The more games you win the better, whether it is league, challenge or championship - it’s always good to win games,” said the Limerick football captain.